Manipur separatists claim over 1,500 cases of extrajudicial killings are pending before the SC. 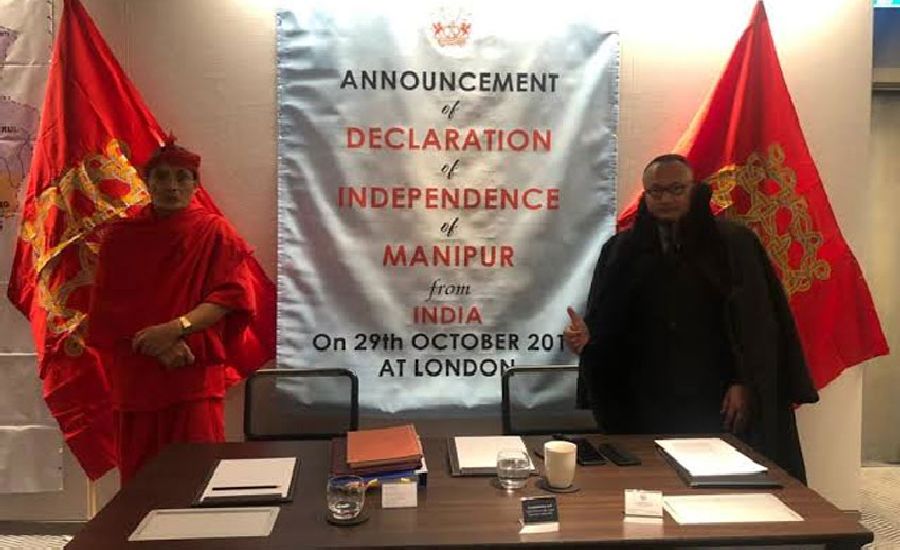 Two dissident leaders from Manipur claiming to represent King Leishemba Sanajaoba have announced the launch of the "Manipur Government in exile" in the UK.

There was no immediate comment from the High Commission of India in Loondon.

Biren and Samarjit produced documents to show they have been granted political asylum in the UK in August this year.

They said after getting their asylum status in the UK, "the de jure government is shifted from Manipur to London".

"We believe that now is the right time to make public the Independent Government of Manipur before the international community and seek recognition. We call on all the Governments of the sovereign states of the members of the United Nations for their recognition of the de jure and exile Government of the Manipur from today onwards.

"The three million Manipuri people want recognition as one of the Precious Native Nations. Our attempts to engage with the Indian government were met with hate and hostilities," they claimed.

They claimed there are "more than 1,528 cases of the extrajudicial killing which are pending before the Supreme Court of India".

The duo claimed the "State of Manipur is a de jure Government formed in Manipur under the Manipur State Constitution Act 1947. It received independence from the British Raj on August 14, 1947. They claimed the sovereign State of Manipur was excluded from India by the Order in Council by his Majesty on 27 December 1946 and the Indian Government annexed Manipur State of India by violation of the Act 1949".

The two leaders said that they would make an appeal to Queen Elizabeth II and after getting an order from the Privy Council they would move the United Nations for recognition.