There was, however, no statement from Parrikar or his office on the claim made by the opposition party. 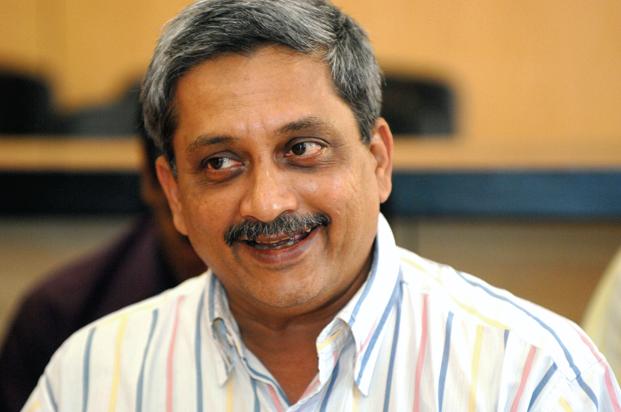 The Congress on Monday demanded Goa Chief Minister Manohar Parrikar to state in public what "dirty secrets" he had about the Rafale fighter jets deal that he continued to hold the top post despite his ill-health.

Congress's chief spokesperson Randeep Surjewala claimed that Parrikar was learnt to have lost his cool during a recent cabinet meeting in Goa and said he could not be removed as he had many secrets of the Rafale file with him.

There was, however, no statement from Parrikar or his office on the claim made by the opposition party.

"There are reports, which are now circulating in the public domain, that two days ago, when there was a cabinet meeting in Goa, Chief Minister Manohar Parrikar, who is the former defence minister, lost his cool over his cabinet colleagues and said he cannot be removed as he has a copy of the Rafale file.

"The nation would like to know whether that is a correct fact? The people of India would like to know whether the reason for the non-removal of Parrikar, despite his ill-health and incapacity to perform as the chief minister of Goa, is some dirty secrets hidden in the Rafale file which neither Prime Minister (Narendra) Modi wants to show to the Supreme Court nor to the JPC, which the Opposition is demanding," Surjewala told a press conference here.

He said if these assertions made by Parrikar that he could not be removed as he had secrets about the Rafale deal in his possession were correct, then it was an extremely serious matter coming from a current chief minister.

"We will like Parrikar to come out and state in the public domain if this is what had transpired in the cabinet meeting. What is the Rafale file paper that he has? What are the dirty secrets hidden therein and what is the reason that those papers cannot be shown either to Parliament or to the Supreme Court or to the people of India? These are important questions that need to be answered.

"We call upon Parrikar and his sense of propriety to come out in the open and answer these questions, so that once and for all, this web of deceit and lies over the entire Rafale deal gets clear," Surjewala said.