Asked if the invite was withdrawn because of BJP's criticism, Tewari said the "media was trying to create a storm in a teacup". 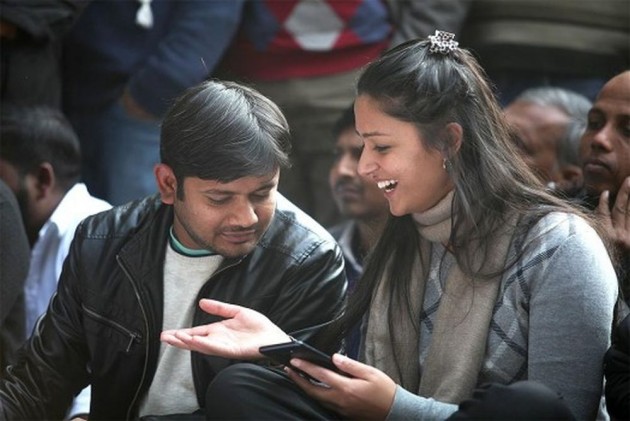 After having invited them to participate for a Monday event on Mahatma Gandhi, the Congress struck off from the invite names of former student leaders Kanhaiya Kumar and Shehla Rashid who have been charge-sheeted in the 'JNU sedition case.

Organised by the Congress' minority cell, Rashid and Kumar along with Delhi University professor Apoorvanand were to be the panellists at the "Remembering Mahatma Gandhi on 72nd Martyrdom Anniversary" in Delhi.

Subsequently, the party issued new invitations for the event with names of both Kumar and Rashid missing and Congress spokespersons Manish Tewari and Priyanka Chaturvedi listed among the panellists.

Responding to a question on the issue, BJP minister Prakash Javadekar said the Congress, which was once a mainstream party, has become a "narrow-minded party" that even the SP and the BSP were not ready to forge an alliance with it.

Tewari, while apparently referring to the charge sheet against former JNU student leader Kumar and 9 others, accused of raising anti-India slogans, said a charge sheet is nothing more than the best appreciation of fact and circumstances as understood by the investigative officer.

"Indian jurisprudence stands on a very clear footing that you are innocent until conclusively proven guilty and as I am given to understand by newspaper reports that even the court has not taken cognizance of that particular charge sheet," he said.

Asked if the invite was withdrawn because of BJP's criticism, Tewari said the "media was trying to create a storm in a teacup".

While both Kumar and Rashid could not be reached for their comments, the Congress minority cell claimed they had cited their unavailability for the event because of which new panellists were named.