Both the children, aged seven and 12 were walking through the area along with their mother, when the building came crumbling down on them. 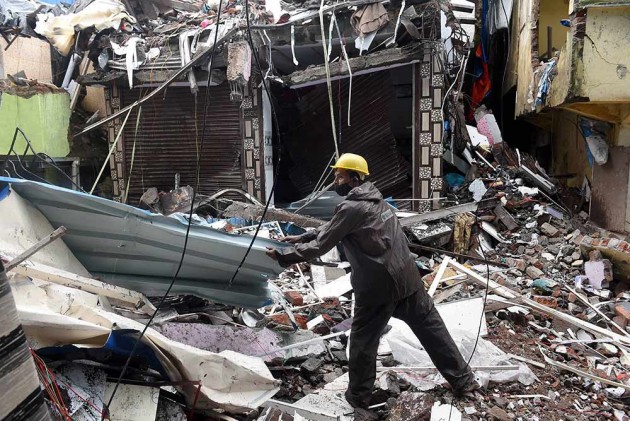 Two children, both siblings—aged seven and 12 were killed after a building collapsed in north Delhi’s Sabzi Mandi area on Monday.

Officials said the deceased children along with their mother got under the debris of the collapsed building, while they were passing through the congested area.

The police said three to four more people are believed to be trapped under the rubble still.

A 72-year-old man, Ramji Das who was also trapped under the debris and suffered a head injury, was rescued and rushed to a nearby hospital for treatment.

The ground floor of the building, believed to be 75-years-old, was being used for commercial purpose while the rest was residential.

N S Bundela, Joint Commissioner of Police (Central), said the two children, both brothers, were rescued and taken to a hospital where they were declared brought dead.

"They were passing by with their mother when the building collapsed and the two bothers got trapped under the debris. A case will be registered and legal action will be taken accordingly," he said.

The incident comes days after record heavy rains pounded Delhi, throwing life out gear . A car parked nearby was severely damaged as the debris from the building fell on it.

The locals who had gathered at the spot to help with rescue operations were later removed from the area.

Teams of local team, MCD, NDRF among others are at the spot to undertake rescue operation.

Seven fire tenders were rushed to the spot for rescue operations, officials said.

The Delhi Fire Service received a call about the incident at 11.50 am, said Atul Garg, the director of DFS.

"The incident of building collapse in Sabzi Mandi area is very sad. The administration is engaged in relief and rescue work. Through the district administration, I am myself monitoring the situation," he tweeted in hindi.

"Two people were evacuated safely. About 7-8 more people feared to be trapped inside," he tweeted in hindi. (With PTI inputs)