The encounter took place in the restive Orchha area of the district when ultras attacked a team of security forces guarding a helipad, Director General (Anti-Naxal Operation) Girdhari Nayak said. 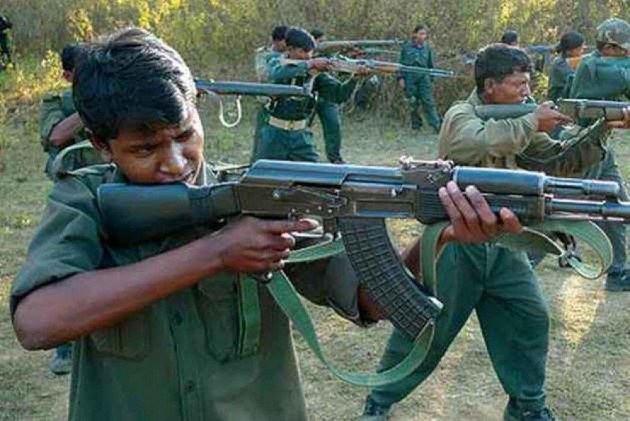 A Maoist was killed in a gunbattle with security forces in Chhattisgarh's Narayanpur district on the day of polling for the Bastar Lok Sabha constituency on Thursday, police said.

The encounter took place in the restive Orchha area of the district when ultras attacked a team of security forces guarding a helipad, Director General (Anti-Naxal Operation) Girdhari Nayak said.

Jawans retaliated the attack which left one Naxal dead while a jawan of the Special Task Force (STF) was injured. The ultras later escaped from the spot, from where the Naxal's body was recovered with a country made pistol, a knife, one pitthu bag and Naxal materials. The condition of the injured jawan is reported to be out of danger.

A Tale Of Two Maoists: Once They Were Against Democracy, Now They Are Defending It!

A combing operation was underway in the area, around 300 km from state capital Raipur, the IPS officer said.

The Narayanpur assembly segment falls in the Bastar Lok Sabha constituency. Voting in the assembly segment ended at 3 pm after which polling personnel from interior pockets were airlifted to Naraynpur town by helicopters.