The AN-32 transport plane of the Indian Air Force with 13 people on board, went missing Monday afternoon around 33 minutes after taking off from Jorhat in Assam for Menchuka near the border with China. 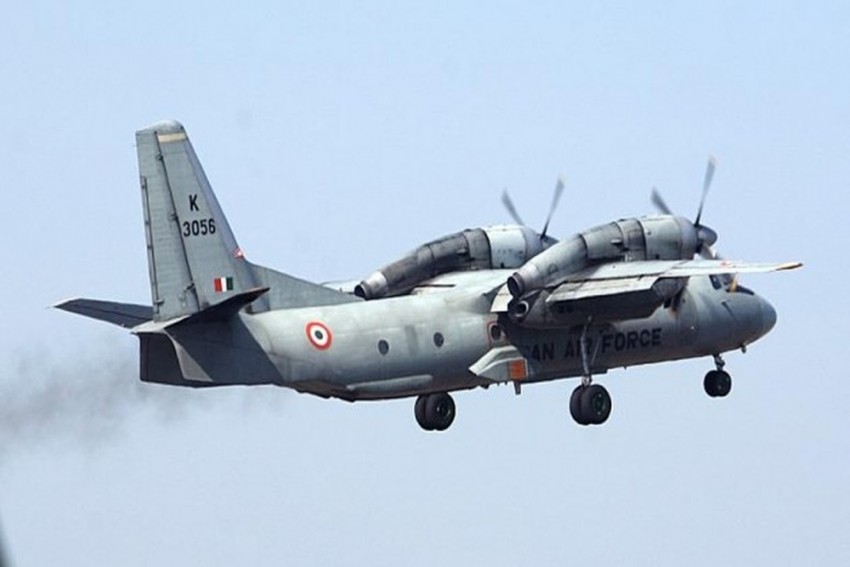 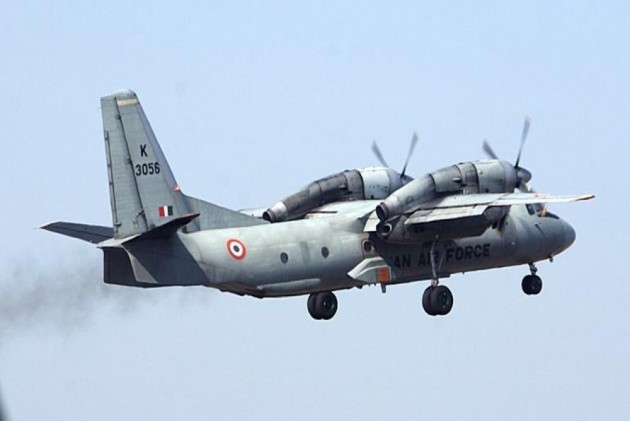 A massive search operation involving a large fleet of planes, choppers and ground force was underway on Tuesday and satellite imagery being used to trace an AN-32 transport plane of the Indian Air Force, a day after it went missing near the thickly-forested Menchuka in Arunachal Pradesh.

Aircraft equipped with advanced sensors including C-130J, AN-32 and Indian Navy's long-range maritime reconnaissance aircraft P8I were deployed besides Mi-17 and ALH helicopters of the Army to locate the missing plane, officials said.

The Russian-origin transport aircraft, with 13 people on board, went missing Monday afternoon around 33 minutes after taking off from Jorhat in Assam for Menchuka near the border with China.

IAF spokesperson Group Capt. Anupam Banerjee said the families of all air-warriors on board the aircraft have been informed and are being regularly updated on the progress of search for the missing aircraft.

Military sources said rescuers have not received any signal from the emergency locator beacon in the missing plane, adding there is a possibility that the device may not have been functional.

They said the plane that went missing is yet to be upgraded with latest avionics and radars, though some of the AN-32 were strengthened with advanced systems.

Sources said the Navy's P-8I aircraft has been deployed as it has electro-optical and infra-red sensors which could be helpful in the search operation.

Giving details about the search operation, he said ISRO's Cartosat and RISAT satellites are taking images of the area around Menchuka to help the rescuers find the plane.

He said search by helicopters has ceased post sunset.

"However, search by all sensors with night capability and the ground party will continue throughout the night. All possible assistance is being provided by Indian Army, Indian Navy, police and state administration," he said.

Officials said the area has thick vegetation and difficult terrain which are making the rescue operation challenging.

The IAF on Monday said the aircraft took off from Jorhat at 12.27 pm for the Menchuka advance landing ground in Shi-Yomi district in Arunachal Pradesh, and its last contact with the ground control was at 1 pm.

A total of eight aircrew and five passengers were on board the aircraft.

The AN-32 is a Russian origin aircraft and the IAF currently operates a sizeable number of it. It is a twin-engine turboprop transport aircraft.

An AN-32 aircraft had crashed near a village in West Siang district of Arunachal Pradesh in June 2009 in which 13 defence personnel were killed.

The aircraft had crashed over the Rinchi Hill above Heyo village, about 30 km from Mechuka advance landing ground.

In July 2016, an AN-32 aircraft went missing while taking off from Chennai for Port Blair with 29 people on board.

The aircraft could not be traced following weeks of massive search operations covering 2,17,800 square nautical miles by multiple aircraft.

Months later, an IAF court of inquiry concluded that it was unlikely that the missing personnel on board the aircraft would have survived the accident.