The plea was filed by Pawan Kumar Shastri, priest of the old Keshav Dev temple. The temple is located adjacent to the Shahi Idgah Mosque 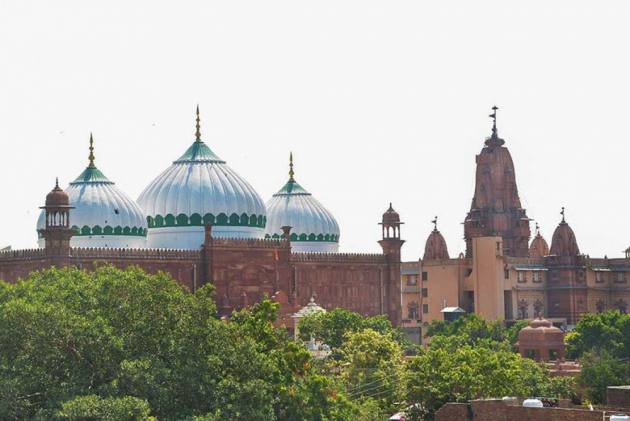 A fresh plea has been filed in a local court in Mathura seeking the removal of the 17th-century Shahi Idgah mosque located near the Katra Keshav Dev temple complex in Mathura.

While admitting the plea for hearing, Additional District and Sessions Judge Dev Kant Shukla on Saturday, issued notices to the mosque management committee, the president of Sunni Waqf Board (Lucknow), the managing trustees of Sri Krishna Janmabhumi Trust (Katra Keshav Dev temple) and to members of Sri Krishna Seva Sansthan.

Seeking their stance regarding the plea, the court gave the abovementioned four respondents time till March 8 to reply, officials said. The Court has also set the next date of hearing on March 8.

In his plea, Shastri, has made three demands—

a) the right to manage the entire 13.37-acre land of the Katra Keshav Dev temple complex, including the land on which the Shahi Idgah mosque stands

b) Annulment of a 1967 ruling of Mathura court which ratified a land deal between the Shri Krishna Janmasthan Seva Sansthan and Shahi Idgah Management Committee, allowing the existence of the mosque near the temple.

c) A court direction to the Shahi Masjid Idgah’s management committee and to Sunni Waqf Board president (Lucknow) to remove the mosque from its current location.

Shastri sought the right to manage the entire temple complex based on the claim that his ancestors have been serving as priests of the deity for decades and he has inherited the right from them as the temple's real 'sevayat' (priest).

Besides the present suit, three more suits are pending with Mathura courts on the issue.

One suit, filed by advocate Mahendra Pratap Singh on behalf of five plaintiffs, has also been admitted for the hearing by the court.

The admissibility of two other pleas, filed by advocate Hari Shankar Jain for Sri Krishna Virajman through the deity's “next friend” Ranjana Agnihotri and one by advocate Shailendra Singh for Hindu Army chief Manish Yadav, are yet to be decided, DGC (Civil) Gaur said.