BJP asserted that its alliance with AIADMK is strong. 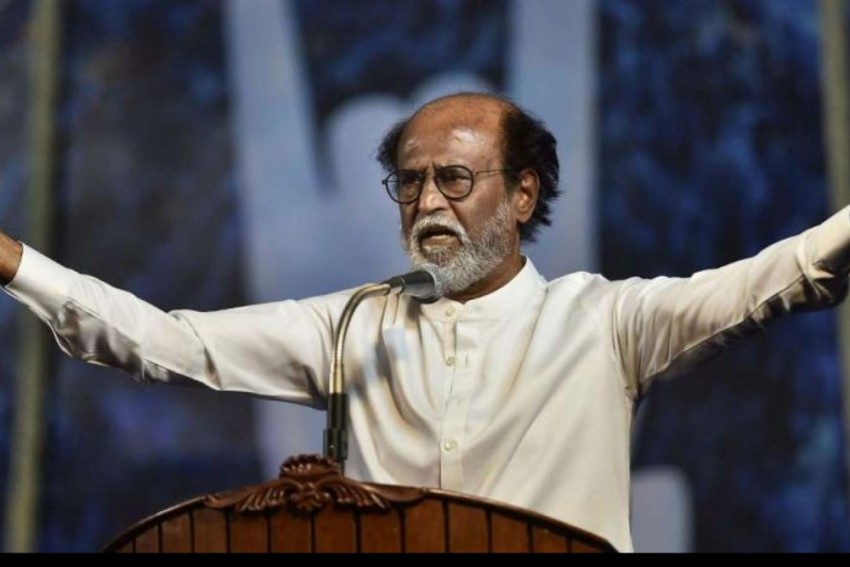 The BJP on Wednesday said it may seek the support of superstar Rajinikanth for the 2021 assembly elections in Tamil Nadu, a day after the star said he has abandoned his plan to make a political foray.

Asserting that its alliance with the AIADMK was strong, BJP national general secretary C T Ravi, however, said the NDA was led by his party and 'Prime Minister Narendra Modi' in the state as well, apparently indicating that it was not steered by the ruling party, the senior partner.

In Tamil Nadu, AIADMK was the largest partner in the National Democratic Alliance (NDA) and naturally, the Chief Minister will be from that party, Ravi, BJP's state in charge, told reporters here, answering a volley of questions on ties between the two parties.

A formal decision would be made on the Chief Ministerial candidate of the NDA once the Election Commission issues the notification for the assembly elections, expected in April-May, he said, adding the strategy was part of the ongoing exercise to strengthen the BJP in the state.

The AIADMK has already announced incumbent K Palaniswami as its chief ministerial candidate in the election.

On Rajinikanth's announcement that he would not launch a political party, Ravi praised the actor, saying he had always protected the national and Tamil Nadu's interests. "He is a great leader."

Asked if his party would seek his support, he said, "I hope, we will ask him."

To a similar question, Ravi said everyone knows, "how close Modi Ji and Rajinikanth are."

AIADMK has also expressed the view that Rajinikanth would support the party-led alliance in view of his decision not to float his outfit.

Opposition parties have said Rajinikanth's decision not to join politics would hurt the BJP, maintaining that it was hoping to join hands with him and become a force in the state.

Rajinikanth, who earlier said he would launch his party next month, had on Tuesday announced he would not foray into politics in view of his health status, having undergone a kidney transplant four years ago, and considering the coronavirus pandemic situation.

The actor's assertion that he would serve the people in whatever possible ways -without entering electoral politics-has led to an expectation among a section of BJP supporters that he may "lend his voice" favouring the party, the way he had supported the DMK-led alliance in 1996.

His statement then that even "God cannot save Tamil Nadu if the AIADMK is voted back to power" became hugely famous in the run up to the polls which the DMK went on to sweep.

BJP's Tamil Nadu unit chief L Murugan, who was also present at the press meet, said the party had not been 'officially' engaged in any talk with expelled DMK leader M K Alagiri on him possibly joining the national party.

Alagiri, son of late DMK patriarch M Karunanidhi, had days ago said that he would decide on his future course of action following consultations with his supporters on January 3.

"If he (Alagiri) joins, we will welcome him," Murugan said, adding all, including Arjunamurthy who quit the BJP to join hands with Rajinikanth, were welcome to be a member of the party.