'Barring Punjab, the BSP will be contesting the Assembly elections to be held in UP and Uttarakhand alone, and will not be entering into any alliance with anyone,' Mayawati tweeted. 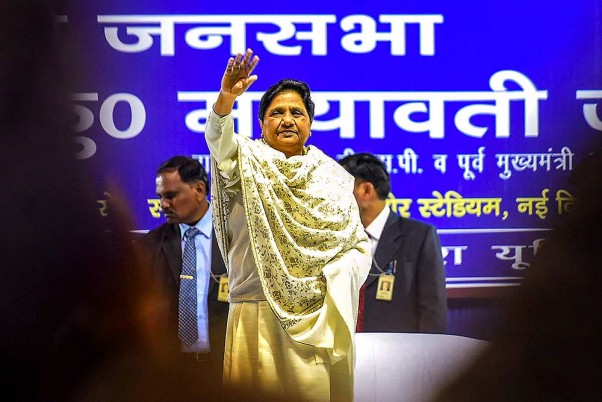 Ahead of Assembly elections in Uttar Pradesh and Uttarakhand next year, Bahujan Samaj Party has decided to contest both polls solo. On Monday, party chief Mayawati categorically ruled out the possibility of an alliance with the Asaduddin Owaisi-led AIMIM for the upcoming elections in UP.

The news came amid rumours of a possible tie-up between BSP and AIMIM.

In a series of tweets in Hindi, Mayawati said, "A news channel is broadcasting news since yesterday that in the upcoming UP Assembly elections, BSP will contest along with (Asaduddin) Owaisi's party AIMIM. This news is completely wrong, misleading and devoid of any fact. There is not even an iota of truth in this. The BSP vociferously denies this.”

Dispelling the rumours, Mayawati said that no such alliances were in the offing except in Punjab where BSP has entered into an alliance with the Sukhbir Singh Badal-led Shiromani Akali Dal with a view on state polls, also to be held in 2022.

"The party wants to clarify that barring Punjab, the BSP will be contesting the Assembly elections to be held in UP and Uttarakhand alone, and will not be entering into any alliance with anyone," she said in another tweet.

Taking cognizance of such misleading news, BSP general secretary and Rajya Sabha MP Satish Chandra Misra has been made the national co-ordinator of the party’s media cell, Mayawati said.

She also appealed to the media to consult Misra before publishing any news regarding the Bahujan Samaj Party (BSP) or its national president.