They weaved a story around it, according to which, some supernatural power decided to construct a temple in one night but when they couldn’t do it, they left it unfinished the next day morning. Everyone believed in it and now it is a part of the village folklore. 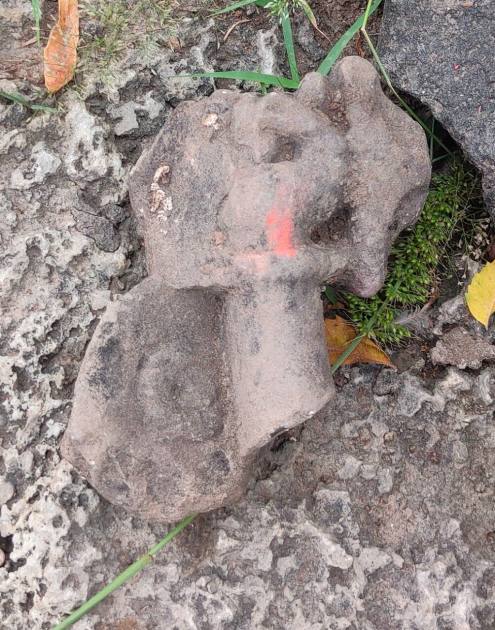 When the residents of village Khera Jalalpur, situated on the eastern bank of the river Ganges in the Badaun district of Uttar Pradesh, had spotted some heads of stone statues and remains of temples decades ago, they believed that some divine power brought them there.

They weaved a story around it, according to which, some supernatural power decided to construct a temple in one night but when they couldn’t do it, they left it unfinished the next day morning. Everyone believed in it and now it is a part of the village folklore. 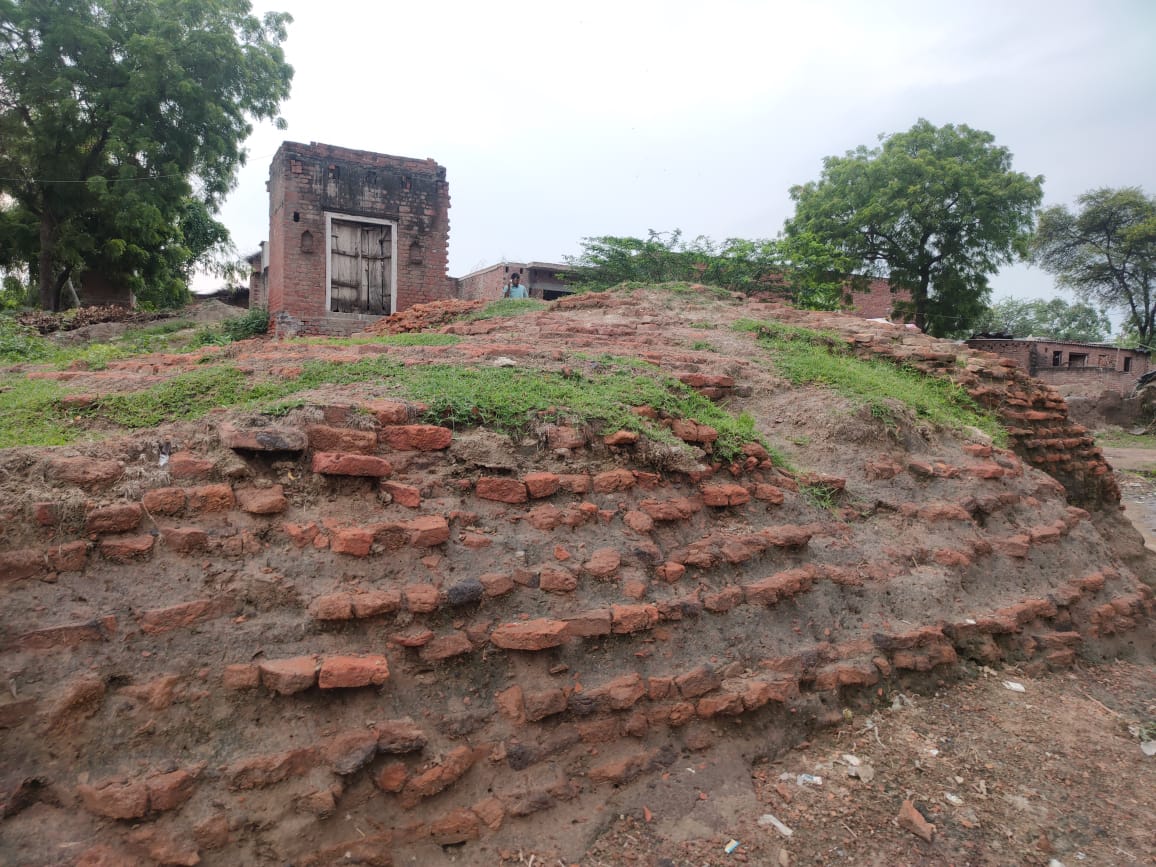 Last month, a civil engineer from the South Delhi Municipal Corporation, Sanjeev Singh, visited one of the neighbouring villages in the district and was amused by their story.

Singh had earned accolades in 2020 from the country’s top archaeologists for discovering Dara Shukoh’s grave inside the Humayun Tomb in Delhi.

“I requested the villagers to show me the site. When I reached there I was really surprised to see the two heads of statues, a broken hand, ancient brick and remains of a Hindu temple scattered all around,” Singh said.

He added, “Prima facie it looked like an archaeological site of the early medieval era.”

Singh reported the matter to the Superintendent Archaeologist of the Meerut circle of Archaeological Survey of India (ASI) who agreed to survey it and document its findings.

Dibishada B. Garnayak, Superintendent Archaeologist, Meerut Circle, under which the area falls, says that the ASI team is surveying Khera Jalalpur and other villages as these sites have the potential to be quite rich in terms of archaeological remains of the late Gupta period and even earlier than that. 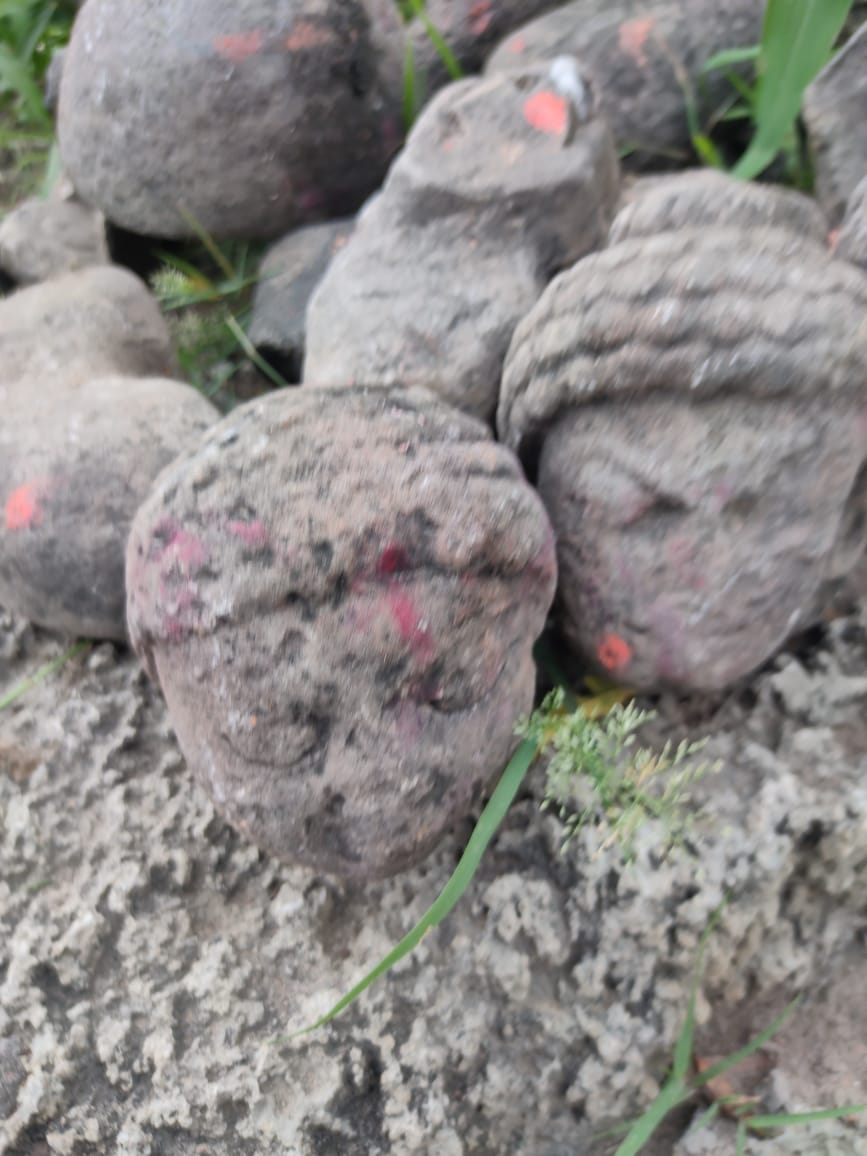 “The available statue heads and bricks suggest that they belonged to post Gupta period, ie 700-800 AD. But the site is in the middle of the village and the land status is unknown. We are trying to find out the land details from the revenue records. If the site is on private land, it will be very difficult for us to take over and carry out any excavation,” Garnayak said.

He added, “Most of the religious structures in the era of post Gupta period shows a similar pattern of destruction. Who destroyed these structures in that period, we don’t know. The Khera Jalalpur stones and bricks are remains of a temple which seem to be destroyed during post-Gupta period.”

Garnayak also says that besides Khera Jalalpur, Singh has also found big mounds in other villages which may prove to be crucial if further explored.

Archaeologists say that Badaun, which exists at the bank of river Ganga, has been a rich place from an archaeological point of view as ancient highways that connect the Eastern part of the country to the Western part in Afghanistan crossed from this area. It was part of ancient Panchal, the birthplace of Draupadi of Mahabharatha.

Not only that, during the rule of the Mamluk dynasty of the Delhi Sultanate, Badaun gained a special significance as it was Sultan Iltutmish the most preferred place.  Despite having such a rich heritage and culture, the ASI neglected this area.

“Of late, the ASI has created a new circle, Meerut Circle, and brought Badaun and many other areas under it. Earlier, it was part of Agra Circle and since areas around Agra are so culturally rich that their focus never shifted towards a place like Badaun,” A senior archaeologist, requesting anonymity said.

Renowned archaeologist Dr BR Mani, who viewed the photographs of the remains of the Khera Jalalpur site said that it looks like some 10th or 11th-century stones and bricks.

“Until we excavate and expose the site, we cannot say what lies underneath the ground. The pictures suggest remains of a temple as old as 10th century AD,” Dr Mani said.

According to him, there are many archaeological sites at Badaun from where antiquities and relics of Shun, Kushan, Maurya, Gupta and Gurjar Pratihara period have been excavated and “even the present site has the potential to be of a great archaeological significance.”