'Indian nationals residing in Iraq are advised to be alert and may avoid travel within Iraq,' MEA said. 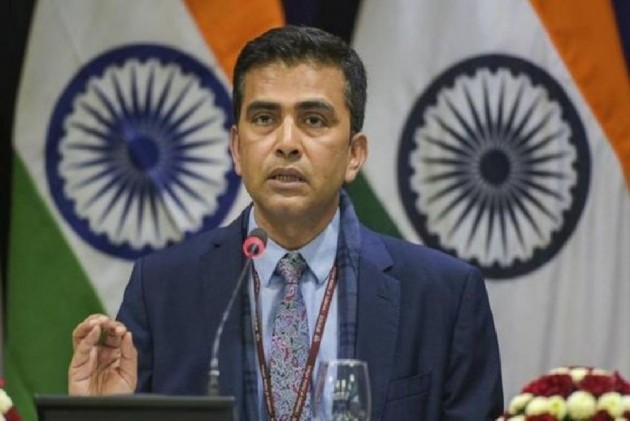 After Iran launched ballistic missiles on airbases in Iraq that housed US troops, the Indian Ministry of External Affairs on Wednesday issued travel advisory for Indian citizens.

Ministry of External Affairs spokesperson, Raveesh Kumar, said that in view of the prevailing situation in Iraq, "Indian nationals are advised to avoid all non-essential travel to Iraq until further notification".

"Indian nationals residing in Iraq are advised to be alert and may avoid travel within Iraq. Our Embassy in Baghdad and Consulate in Erbil will continue to function normally to provide all services to Indians residing in Iraq," Kumar tweeted.

Meanwhile, the Directorate General of Civil Aviation (DGCA) on Wednesday held meetings with the concerned airlines and sensitised them to remain vigilant and take all necessary precautions.

"We had held meetings with the concerned airlines and have sensitised them to remain vigilant and take all precautions," the regulatory body said.

Iran launched over a dozen ballistic missiles targeting at least two bases where US military and coalition forces' are stationed in Iraq, the Pentagon said.

The airstrikes come days after the commander of Iran's powerful Revolutionary Guards, General Qasem Soleimani, was killed in a US drone strike, which was ordered by President Donald Trump, on Friday.

Hoffman said around 5:30 pm on January 7, "Iran launched more than a dozen ballistic missiles against US.military and coalition forces in Iraq".

"It is clear that these missiles were launched from Iran and targeted at least two Iraqi military bases hosting US military and coalition personnel at Al-Assad and Irbil,” he said.

White House Press Secretary Stephanie Grisham said that president has been briefed about the situation.

“We are aware of the reports of attacks on US facilities in Iraq. The President has been briefed and is monitoring the situation closely and consulting with his national security team,” Grisham said.