The Delhi Development Authority has written to the ministry since it has been finding it difficult to identify non-forest land in the national capital. 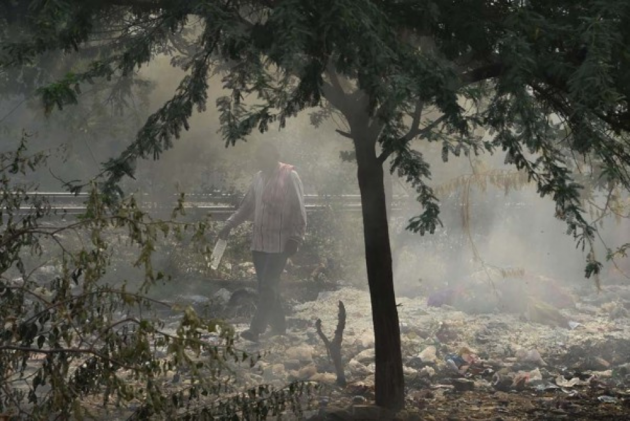 Delhi Development Authority (DDA) has requested Union Environment Ministry to allow compensatory afforestation for central government projects in nearby states in view of meager availability of land in the national capital.

"There is very limited land available in Delhi for compensatory afforestation. It had been planned that 15 percent of Delhi's area will be set aside for green cover. This area is already saturated ... either due to plantation or other public facilities coming up on it. So, we don't have vacant non-forest land for compensatory afforestation," said an official from DDA.

The official added: "So, we have requested the ministry to allow compensatory afforestation for central government projects in nearby states as we have been finding it very difficult to identify non-forest land in Delhi”.

The ministry's Forest Advisory Committee discussed the issue in June-end and requested additional information from Delhi authorities to ascertain how the proposal for relaxed compensatory afforestation norms can impact the city's green cover.

According to the guidelines issued under the Forest Conservation Act, compensatory afforestation is to be carried out on suitable non-forest land, equivalent to the area proposed for diversion, at the cost of the user agency.

Compensatory afforestation can also be raised in degraded land, twice in extent of the forest area diverted, in case of the projects implemented by the Central government or public sector undertakings.

The guidelines also state that in exceptional cases where land for compensatory afforestation (CA) is not available in the same state or Union Territory, non-forest or degraded land for CA can be identified in any other state or UTs for projects of the central government or PSUs, the official said.

In its latest meeting, the FAC observed that any relaxation in the compensatory afforestation norms will "ultimately lead to reduction in forest cover of Delhi which is not a desirable situation for residents of Delhi in the present and in the future".

It has asked the Delhi forest department and the DDA to provide detailed information on the comparative average percentage of the green cover in major cities elsewhere in the world and in Delhi.

The FAC also asked for additional information to ascertain how the relaxation of norms can impact the green cover contemplated in the Draft Master Plan of Delhi and the draft Blue Green Policy.

"Further, the GNCTD and the DDA shall also get a study conducted by a multidisciplinary team of experts from reputed institutions like IIT-Delhi, TERI etc. to explore the extent to which compensatory afforestation land will be available in the immediately adjoining states that would provide as much ecological services to Delhi had the CA been done within the geographical limits of Delhi State," the minutes of the meeting read.

The city government has set an ambitious target to increase it to 25 percent in the next three years.(With PTI inputs)