Media Shows Only PM Modi's Face As He Gets Makeup, Waxing Done To Get Glow On Face: Karnataka CM

Amid doubts about longevity of the Congress-JD(S) coalition government in the state after the Lok Sabha polls, the Chief Minister also said his government will be stable. 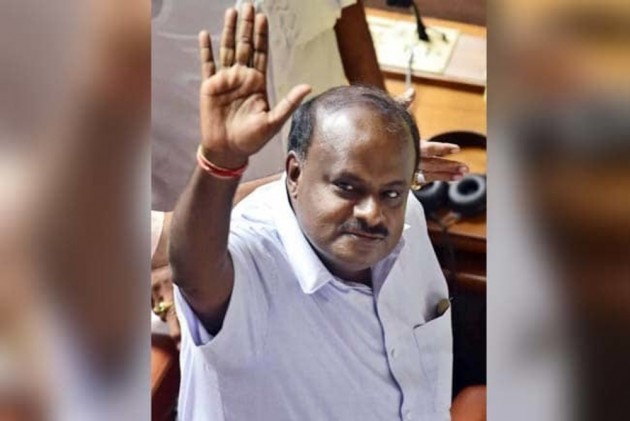 Karnataka Chief Minister H D Kumaraswamy Monday alleged that the media shows only Prime
Minister Narendra Modi as he gets the "makeup" done to get a glow on his face before appearing in front of the camera.

Amid doubts about longevity of the Congress-JD(S) coalition government in the state after the Lok Sabha polls, the Chief Minister also said his government will be stable.

"BJP leaders, wherever they go, they are not seeking vote for the candidates or looking at them (state leaders).

They are seeking votes for the face of Narendra Modi," Kumaraswamy said addressing a campaign rally in Bengaluru.

"Narendra Modi, before coming in front of people and camera in the morning, does makeup by waxing-to get a glow on his face...but in our case, if we go out after a bath in the morning, will take bath only next morning and wash our face.

"Our face doesn't look good on camera, so our media friendsalso don't like to show our faces, they only show Narendra Modi...." he said.

He also questioned the contributions of Modi to Karnataka and Kannadigas. Kumaraswamy was campaiginging in the city for coalition candidate in Bangalore North Krishna Byre Gowda of the
Congress, who is also a minister in his cabinet.

There are voices both within the ruling coalition and among the opposition, expressing doubts about the longevity of the government after the Lok Sabha poll results are out.

Predicting a political change in Karnataka after the Lok Sabha polls, state BJP chief B S Yeddyurappa on Friday had said the differences between coalition partners Congress and
JD(S) would reach its peak after the results are out that may lead to the fall of the government.