In Bulgarhi, where upper castes are in the majority, the victim’s family finds little sympathy. Not even other Dalit families side with them. This is a potent weapon for the accused. 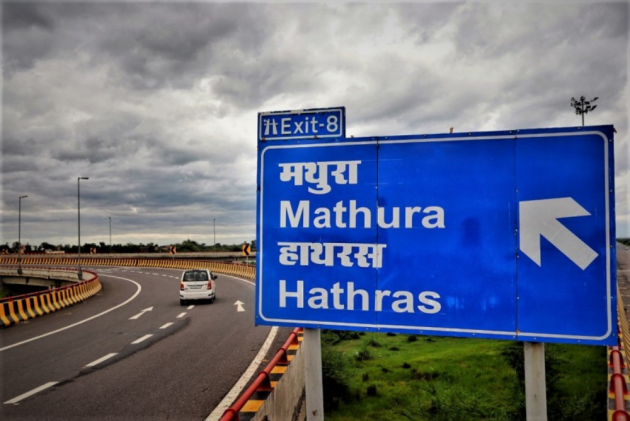 These theories are doing rounds in the village in UP’s Hathras district, even after a CBI registered a case of gang rape and murder against four people.

The agency has registered the case against the accused over the horrific death of a 19-year-old Dalit woman in the village. However, that hasn’t put an end to the conspiracy theories.

The woman died in a Delhi hospital a fortnight, after she was allegedly gang-raped by the four accused persons.

In Bulgarhi, where upper castes are in the majority, the victim’s family finds little sympathy. Not even other Dalit families side with them. This is a potent weapon for the accused.

Advocate Munna Singh Pundir, who is appearing for the accused in an SC/ST Court in Hathras, even blames the media for cooking up stories and creating a perception that the four men are guilty.

“There is literally zero evidence of rape and murder. The medical report is inconclusive and there is no forensic evidence to prove that these four men were involved. Media trial is subverting the case,” Pundir tells Outlook.

According to the charge sheet filed by the CBI, the woman was in a relationship with one of the four men, Sandeep, till March 2020 as the calls records of the two suggest. But she stopped talking to him and, out of frustration, he, in collusion with three other men, took the extreme step of gang rape and murder.

However, Pundir, says there are gaps in the CBI story. “It is true that Sandeep and the girl had a friendship but there is no evidence to prove that the girl rejected him and he committed the crime out of frustration.”

He adds: “The woman’s and Sandeep’s families were upset due to their friendship. The family sent Sandeep out of the village for some work but due to lockdown he came back and the two came in contact again.”

According to Pundir’s version, the woman’s family came to know about their reunion, following which one of her two brothers assaulted her. The woman was the youngest of five children—three sisters and two brothers.

“In that scuffle, the girl received spinal injuries. As she was injured and admitted to a hospital, her mother persuaded her to take the name of Sandeep for the crime,” Pundir says, adding that the day the case was picked up by national media, it became a political issue and leaders and parties jumped into it.

“It is from here that the case took an ugly turn,” he said. Pundir even questions the dying declaration of the girl in which she has narrated the incident. The lawyer has accused that the woman’s family have tried to hide a lot of facts. He says that her school certificate puts her age at 23.

“However, I fail to understand why the family is hiding the actual age,” Pundir says. Outlook couldn’t independently verify the lawyer’s claim.

When Outlook met the victim’s family in Hathras, her eldest brother had denied any contact between the victim and the accused at any point of time. “These are the stories floated by the accused. There is no truth in that,” he says.

The trial of the case is going on in the Hathras SC/ST special court and the statement of the prosecution witnesses are being recorded right now. Pundir says he will try to prove the family’s role in the woman’s death.

“The woman’s close relatives work as sweepers and helpers in the Jawaharlal Nehru Medical College Hospital, Aligarh where she was admitted for the treatment. They know all the doctors and nurses. They were in a better position to know why the women’s condition deteriorated,” says Pundir.

She was later shifted to a Delhi hospital where she passed away.

The CBI had taken all four accused to Gandhi Nagar in Gujarat for brain mapping and lie detector test but their reports were negative.