A November 20 notification by the AYUSH Ministry allows Ayurveda practitioners to be trained in general surgery procedures. 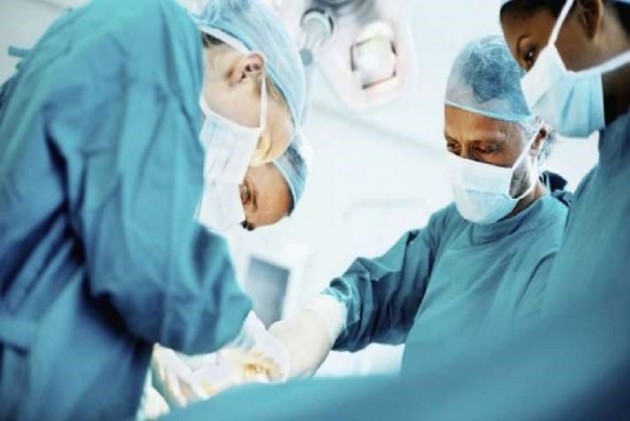 The IMA or Indian Medical Association on Tuesday demanded the withdrawal of a Central Council of Indian Medicine (CCIM) notification authorising post-graduate Ayurveda practitioners to be trained to perform general surgical procedures, saying the move was a "khichadification", or a confused mix of medical education and practice.

The November 20 notification by the CCIM, a statutory body under the AYUSH Ministry to regulate the Indian systems of medicine, listed 39 general surgery procedures and around 19 procedures involving the eye, ear, nose and throat by amending the Indian Medicine Central Council (Post Graduate Ayurveda Education) Regulations, 2016.

The Indian Medical Association (IMA) on November 22 had condemned the move, describing it as a "retrograde step of mixing the systems".

In a statement issued on Tuesday, the IMA said the long list of modern medicine surgeries that have been enlisted under Shalya Tantra and Shalakya Tantra squarely fall under the ambit, authority and jurisdiction of the modern medicine practice.

While the AYUSH Ministry issued a clarification claiming that the technical terms and modern developments are a common heritage of mankind, the IMA rejected their clarification as being "deceptive camouflage of mixing the systems of medicine".

"The entire modern medical profession of the nation feels betrayed by the level of violation and encroachment by the Central Council of Indian Medicine (CCIM).

"It is nothing but a blatant attempt at mixopathy and khichadification of medical education and practice. The CCIM amendments cannot be seen in isolation. The National Education Policy 2020 speaks of medical pluralism and lateral entry laying the foundation legitimising mixopathy.

"India remains at the frontier of modern medicine today with medical care of international standards and well-reputed Indian doctors serving the globe. What is the point in losing such a legacy and leadership," asked IMA national president Rajan Sharma.

Seeking an emergency session, the Central Working Committee of IMA has directed all the 28 state branches to hold their State Working Committees. The quantum and timing of the first all-India response to the situation are being determined which, IMA said, it ensures will not be later than December 2.

"This is not the issue of the profession alone, but also entails serious inroads into the healthcare delivery system of the country. This involves calibration of patient care for years to come and people of India have a right to understand these manoeuvres. The patient's choice to choose the system of medicine is being taken away in the naked attempt to mix all systems of medicine," said IMA secretary-general RV Asokan.