The centre has proposed to set-up four such medical device parks in the country and the states were invited to submit their competitive bidding proposals some months back. 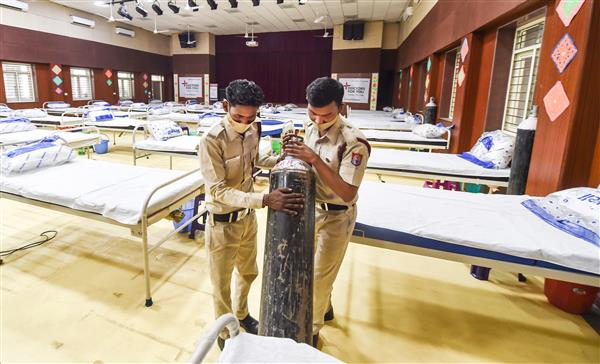 In what is seen as a significant boost to Himachal Pradesh, the centre has sanctioned Rs 5000 cr worth ‘Medical Device Park’, one of  its own kind of health equipment and device manufacturing zone in the state’s industrial township of Nalagarh in Solan district .

The centre has proposed to set-up four such medical device parks in the country and the states were invited to submit their competitive bidding proposals some months back.

State’s Additional Chief Secretary (industries ) R D Dhiman told Outlook here that the Government of India has approved the proposal of Himachal Pradesh .The park will come-up in an area of 265 hectares .

“It will be developed with a cost of Rs 266.95 crore ,of which Rs  160.95 crore will be borne by the state government and another Rs 100 cr will be provided by the centre as Grant-in-aid", he revealed

The state, which is already known to have the biggest pharmaceutical hub of Asia at Baddi-Brotiwala-Nalagarh with its potential to export several  life saving drugs, will now get an investment of over Rs. 5000 crore . Once fully functional , the park will have a turnover of Rs. 20,000 crore .The gainful employment for about 10000 people will also be generated .

Chief Minister Jai Ram Thakur hailing the  centre’s move thanked Prime Minister Narendra Modi for his benevolence towards Himachal Pradesh ,which has already made rapid strides in the global investments, and earlier having received a massive support of the centre through special industrial package granted by the earlier NDA government headed by Atal Bihari Vajpayee .

The Chief Minister said this park would be first in Northern India and would give a big boost to the second stage of industrialization apart from producing consumer goods.  It would also have industries producing capital goods such as plants and machinery etc.

He said that the proposal of Himachal Pradesh Government was found highly competitive and Medical Devices Park was sanctioned for the State under which the State would get grant in aid of Rs. 100 crore for developing this park.

The pharmaceutical hub of Baddi-Brotiwala -Nalagarh has an annual turn-over of Rs 40,000 cr , of which at least  Rs 15,000 cr are  exports .Some of the biggest and leading  multinational pharmaceutical giants, having world-wide supplies of all kinds of live -saving bulk drugs,health tonic are located here  .

Setting-up of the medical device park is a game changer not alone in north India or Himachal but India's effort to produce many costly medical, hospital and healthcare devices and equipment within the country reducing the burden of their imports ,said Chief Secretary Ram Subhag Singh.

He claimed it as a significant move to make India 'Aatmanirbhar', in the medical devices industry in the coming years.