Farmers' rights activist Amar Habib talks to Outlook on why he holds a fast every year in remembrance of the first suicide by a farmer’s family in 1986, agrarian crisis and the way to address farmers' issues. 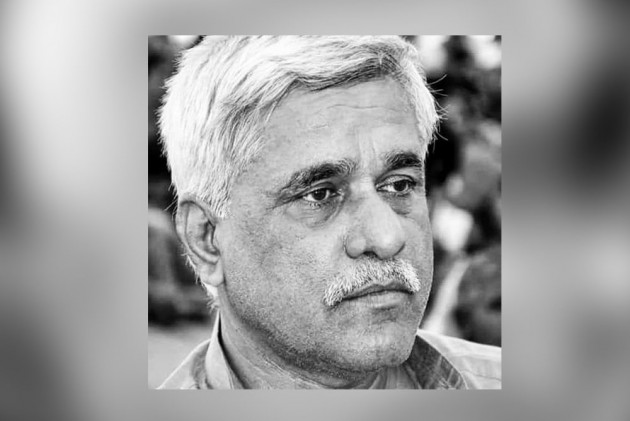 On March 19, for three consecutive years, Amar Habib, a senior farmers’ activist observes a fast to pay tribute to the first suicide by a farmer’s family in 1986. Habib, the founder of Kisanputra Andolan, a protest-group of farmers’ children, calls upon people to observe the fast as a reminder of the plight of farmers and to protest against the laws that come in the way of their progress. This year, he is fasting at Rajghat, perhaps hoping to draw national attention, in the year of the 150th birth anniversary Mahatma Gandhi as well as the general elections. Excerpts from an interview:

Why did you start observing this fast?

In 1986, on this day (March 19), Sahebrao Karpe and his wife poisoned their four children and then committed suicide themselves in Yawatmal. He wrote a detailed note urging authorities to focus on problems of farmers. Karpe, who owned adequate land and a big dilapidated house, was driven to such an extreme step because of crop loss and the inability to repay debt. Though the suicide created an uproar, it failed to create the right policies. In fact, thousands of farmers have taken their lives in the coming years. While working on the subject of farmers’ suicides and trying to identify the true cause behind this distress, I remembered the first suicide and decided I should shun food on this day to pay tribute to Karpe and his family and express solidarity to farmers.

To Harvest A Cruel, Dark Joke

Much-Hyped Hike In Minimum Support Price May Not Benefit Farmers

Seeds Of Politics In Debt-Trap Farm

What was the response?

When I asked one of my friends for the exact date, he also offered to observe the fast with me. When he shared a post about it, the response was overwhelming. People from across Maharashtra said they would fast on March 19th. The nature of this movement is not political and if people observe it as a group we encourage them to meet and discuss agrarian issues. If people observe it in a public space, they should have permissions required for such a protest. If they are observing it only on a personal level, they can share it on social media to create awareness.

Why are you observing it in Delhi this time? Do you believe the agrarian crisis will become a poll issue?

In 2017, I observed it at Karpe’s village, in 2018 we went to the place where he committed suicide. This year we’re commemorating Mahatma Gandhi’s 150th birth anniversary and I decided to observe the fast from Rajghat, Mahatma's Samadhi. I don’t really expect the political parties to pay heed to my one-day fast and make this a poll issue. They themselves do not read their manifestos after elections are over, so there is no point in insisting that farmers’ issues should feature in their manifestos. However, I do wish to point out that if Mahatma Gandhi had not been murdered, he would’ve ensured better policies and laws for farmers. Nathuram Godse did more damage to farmers than anyone else by killing Mahatma Gandhi. He was in favour of liberal policies and would not have supported laws that impinged on farmers’ freedom.

What are your demands? Have any of the promises been fulfilled?

It is not only about elections and political parties. If you want to save the country, everyone must think of this issue seriously. Farmers’ suicides need to be treated as a matter of national emergency or national disaster. It is clear that government schemes don’t really work so I no longer ask for those. Instead, I believe in giving more freedom to farmers and abolish laws that constrict their growth, such as Ceiling Act and Essential Commodities Act. If you cannot help, at least reduce the obstacles in their way.