Bharti's own childhood was traumatic – Her doctor father left her mother even before she was born. 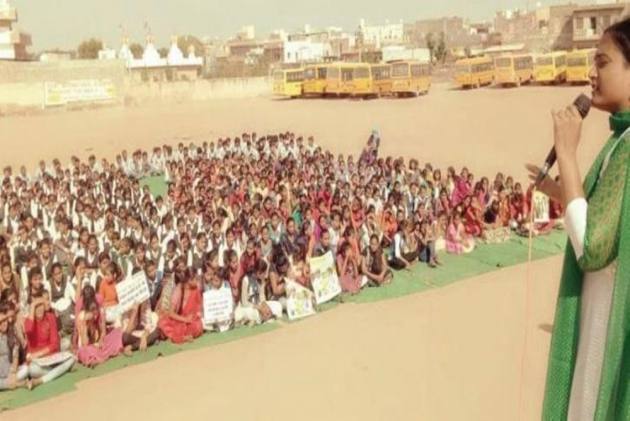 Setting an example of humanity and selflessness, Dr Kriti Bharti and her Saarthi Trust are working against child marriage in Jodhpur.

According to The New Indian Express, Bharti arranged a gift for a child bride called Nimbu, who was freed from the bondage of unwanted child marriage after 18 long years.

When Nimbu grew up, she tried her best to get out of the forced wedding and the community leaders threatened to boycott her family. She then approached Dr Bharti.

“This marriage had ruined me. Kriti didi has given me a new life. I will now study and become a police officer,” said Nimbu.

“We will make efforts for full rehabilitation of Nimbu,” said Bharti.

As per reports, Bharti's own childhood was traumatic – Her doctor father left her mother even before she was born. This encouraged her and she has managed to annul 41 child marriages till now. It is her own personal crusade.

“After you stop child marriage, the girl child is treated as a social outcast. It becomes important to rehabilitate her and help her become a part of the society,” Bharti said.

“I tell them that they will have to restart their studies from wherever they had left off. Many victims are not too keen to study again, but when they realise that they may not get my help without restarting their education, they agree,” she added.