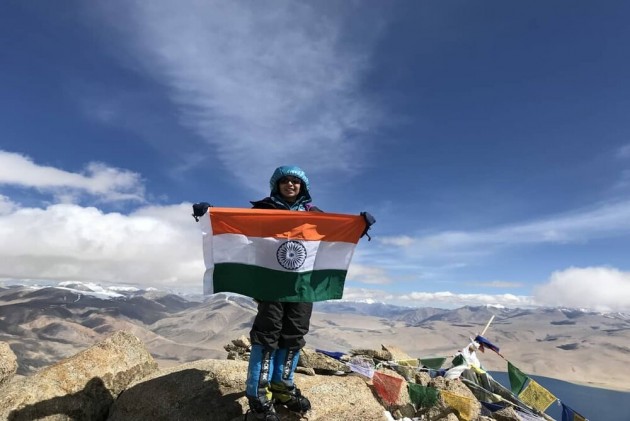 While most Class VIII students only get an opportunity to learn about mountains through their geography textbooks, Mumbai’s Kaamya Karthikeyan, has been receiving some practical lessons. Kaamya is the youngest person to conquer Mount Aconcagua and the youngest to ski from the summit of Mount Elbrus.

And for her commendable feats in mountaineering, she has been awarded the Pradhan Mantri Rashtriya Bal Puraskar, the highest national civilian award for citizens below the age of 18.

In a statement, the Navy said that Kaamya Karthikeyan, a Class VIII student of Mumbai's Navy Children School and daughter of Commander S Karthikeyan, is currently on a mission named "Saras" and also aims to complete the 'Explorer's Grand Slam'.

According to a Navy spokesperson, Karthikeyan's mission includes climbing the highest peaks in all the seven continents and skiing to the North and South Poles. Karthikeyan, a 14-year-old hopes to become the youngest person to complete the feat, he added.

"Earlier, in August 2017, Kaamya became the youngest in the world to summit Mount Stok Kangri and world's youngest girl to climb any peak above 20000 feet," he added.

The Pradhan Mantri Rashtriya Bal Puraskar, formerly called the National Child Award for Exceptional Achievement, was instituted in 1996 to given recognition to children exhibiting outstanding abilities in the fields of innovation, education, social service, arts and culture, and sports.