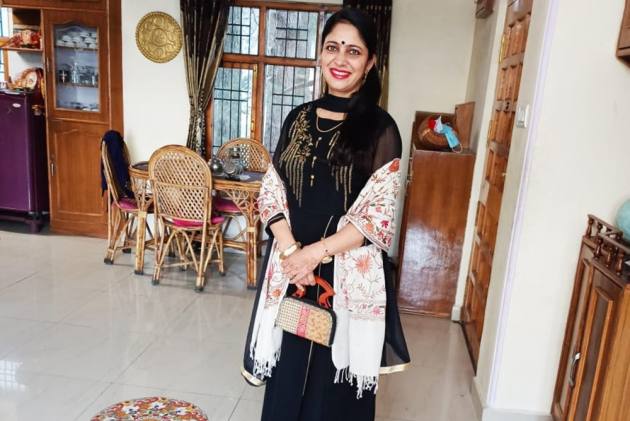 A homemaker, whose presence and a signature smile instantaneously lights up the mood at any gathering — small or big --- seems to have acquired a rare healing power to revive hopes of those suffering from cancer either for lack of awareness, resources to afford treatment, or even lurking fear of death.

Meet Kalpana Sanghaik, 41, a Shimla woman whose self-induced mission to spread awareness and give a legitimate smile to hundreds of women --- young and old battling breast cancer and children fighting blood cancer. She has become almost a household name, not only in Shimla but beyond the boundaries of the hill state.

“Dida” (a gender transformation of word Didi), as she is known among patients at the state's lone cancer hospital — a wing of Government Indira Gandhi Medical College (IGMC), she has completed a decade-plus working closely with cancer patients, many fully cured. 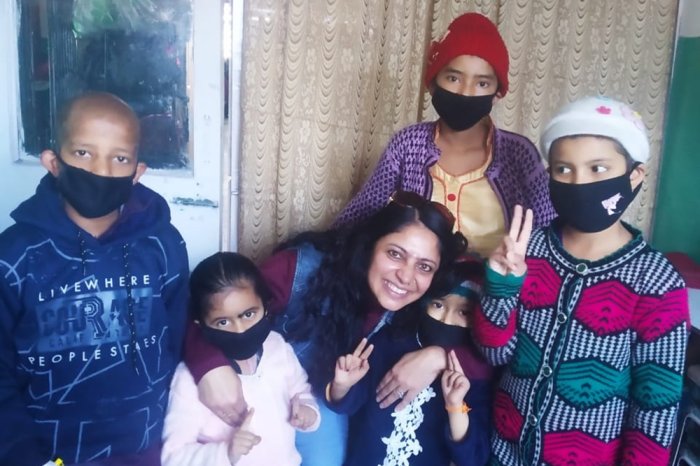 Almost every day, she hits Shimla’s road between her home and the cancer hospital –-- sometimes even braving snowfall in the extreme winters, to spend time with cancer patients. Her motivational speeches, simple yoga exercises, meditation sessions, healing tips, and simple conversations with patients, particularly children, work like magic on them.

Extending financial support raised from her own friends and relatives, sharing her home-cooked food and refreshments (not to forget pizza, chocolates and toys) for children take away much of their psychological stress and physical pain. She plays with the children and often sings and dances to light up their mood in the hospital ward.

Whether it’s at the hospital or outdoors in the remote villages, she walks miles in the mountains to reach out to the women hesitant to talk about the disease, and detect early symptoms if any. She motivates them and the families to get admitted to the hospital and return fully cured after their treatment.

Notably “jadu ki jhappi” — an affectionate hug that Sanjay Dutta made popular in his popular Hindi movie — Munna Bhai MBBS, is Kalpana’s best tonic for the cancer patients, which she claims is her brand-medicine for pulling out the patients from the shock and mental distress. She believes it's not just cancer that actually kills but helplessness. Kalpana tries to bond with patients to rejuvenate their feeling and strength to fight back. 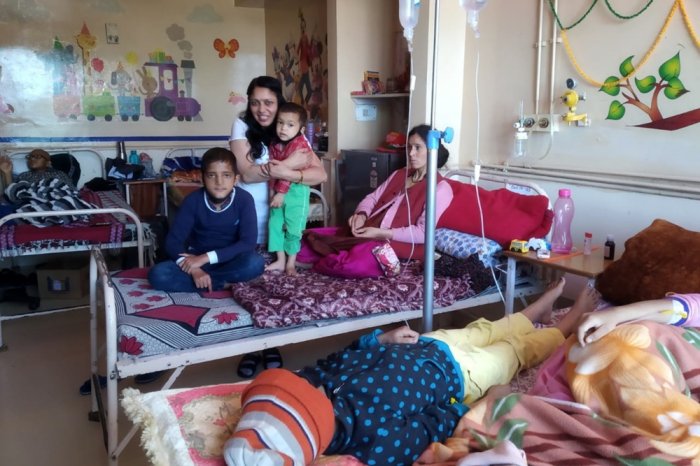 However, because of the Covid-19 pandemic, she has had to stop her “jadu ki jhappi” to observe social-distancing norms. Yet, she promises to resume as soon as the Covid situation improves.

“Even during pandemic and lockdown, I used to get so many calls from women and children seeking help whether to get admission to the hospital, medical care, arranging medicines, blood, and food every day. The pandemic period was a very critical time for the cancer patients to save themselves from the Covid infection. After the lockdown, I resumed my routine visit to the patients. The children in the cancer care ward had tears in their eyes when I went to see them after the lockdown. Most of them are in the age group of five to 14 years,” she said.

Where did she get such strong motivation? Kalpana gave sole credit to her close friend and cancer survivor  Minakshi Chaudhary, a Shimla-based young journalist-turned-author of several books, including one on her own fight against cancer --- "Sunshine--My Encounter with Cancer ".

“When Minakshi Didi got fully cured, she asked me if I would like to work with her to spread awareness on how early detection can save hundreds of women suffering from breast cancer. As I was already into social work – teaching slum/jhuggi jhopadi children, I said yes. Thereafter, there was no looking back as now it has been almost 12 to 13 years and almost a full-time voluntary mission for me,” Kalpana said.

Under the banner of “SEWA Trust” --- a brainchild of Minakshi Chaudhary and her self-funded initiative, Kalpana worked proactively to help Minakshi to organize free medical camps, deliver motivational talks and mobilize medical assistance for free scanning and thereafter refer the cases for detailed examination, and also facilitate treatment of suspected cancer patients in the hospitals.

This really helped hundreds of women to come forward, speak out and offer themselves for mandatory check-ups. Even self-examination techniques were popularised among village and urban women.

Kalpana now travels to the districts to address women camps, delivers motivational talks at the girls’ educational institutions, universities, and schools. She doesn't take a penny, not even bus fare.

Also being a yoga exponent, she claims that yoga and meditation have been her best tools for spreading awareness. She is a regular blood donor too.

“I am not a doctor or cancer specialist — a fact I tell everyone during her talks /webinars and interactions yet take the participants through simple steps, using pictorial presentations and graphics to bring home a basis point – do not feel shy, ladies, please speak out. Cancer is 100 per cent curable.”

She also plays a 15-minute video on early symptoms and self-examination methods in all camps and talks.

Kalpana is stepping out of the boundaries now. She is getting invitations from different states like Rajasthan, Chattisgarh, Delhi, West Bengal and Madhya Pradesh to guide women’s groups and NGOs there to help the cancer patients and those vulnerable to the disease.

How does she balance her home and cancer mission? Kalpana smiled to add, "Bhaiya, nothing is impossible if your motivational level is high and you genuinely wish to take over the worries of someone else. I am, in fact, doubly lucky. My husband – a senior government servant in the education department is big support and my daughter, a class 10 student now, also stands by me. She adjusts to the situation. Though occasionally when my daughter was a small child, I used to lock her inside the house to visit the Cancer hospital.”