A law student, who aims to venture into the civil services, Muskan says she will now focus on addressing women’s issues 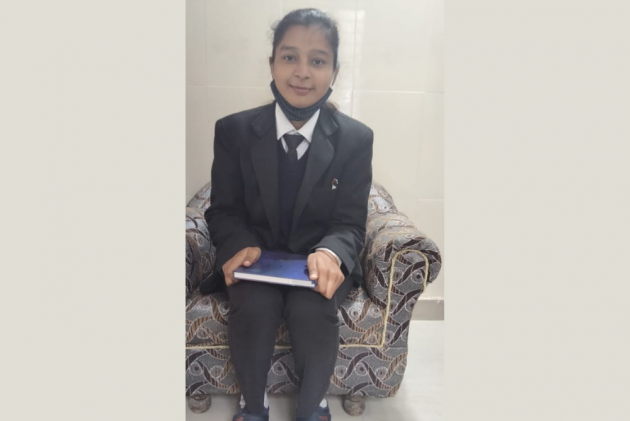 While the pandemic-induced lockdown left many graduates in a rough patch with lack of employment opportunities, a 21-year-old woman in Himachal’s Bilaspur district has made it to the limelight by becoming one of the youngest candidates to get elected to a Zila Parishad Chairperson’s post.

Like most colleges, Muskan’s college located in Kala Amb in Sirmaur district shut when the Covid-19 pandemic broke out last year. When Muskan returned home to Barmana in Bilaspur she decided to contest the local polls and to everyone’s astonishment she emerged victorious.

A law student, who aims to venture into the civil services, Muskan says she has her task cut out for her. “Besides having to complete my law degree now, I also have to shoulder a public responsibility. I am conscious of my age but I am determined to not let that come in my way. No one is born knowledgeable, we all learn as we grow and so will I, says Muskan exuding confidence.

While Muskan won the district development polls independently, she has recently joined the BJP. “My father, who is a social worker, leans towards the Congress’ ideology but I think the BJP will be a good option for me. And since BJP chief JP Nadda also hails from Bilaspur, I think I will be good fit in the party. I joined the party in the presence of Chief Minister Jai Ram Thakur,” Muskan said.

While she never wished to enter politics, Muskan says her goals in life have seen a major shift, now. “I never thought of entering politics or taking up such a massive responsibility. Until recently I only focussed on completing my bachelors degree. However, when the Panchayat elections were announced, a lot of friends and acquaintances motivated me to contest and that’s why I decided to enter the fray,” says Muskan.

Muskan says she will now focus on creating awareness about issues that plague her region.

“I will raise my voice for issues like crimes against women and try to seek justice for victims of gender-based violence. Also, drug abuse is rising at an alarming pace amongst youngsters in Himachal Pradesh and I wish to create awareness about it,” says Muskan.
Meanwhile, Deputy Commissioner Rohit Jawal recently announced that Muskan is the youngest person to become the Zila Parishad chairperson in the state.

It is also note worthy that besides Muskan, 40 other young women in the state emerged victorious in the recently concluded polls. The list includes--Avantika Chauhan (22), Lalit Kashyap (21), Vanika (22), Isha (23) and Shalu (22) among others.
“A whole new younger generation is taking charge in Himachal. Most of the old pradhans and Zila parishad representatives were defeated in the polls this time,” said Virender Kanwar, state minister for rural development and panchayati raj.

Meanwhile, Prajwal Busta, the youngest person to get elected to the BDC chairperson’s post in 2016, feels that the change in Himachal, “indicates a change in the mindset of the younger generation who are eager to rid the country of corruption and work towards development.”