Who Is Suman Chattopadhyay, Senior Journalist From Kolkata Arrested By CBI In Chit Fund Scam

The editor of Ei Shomoy, the Bengali daily brought out by the Times of India group, had earlier been questioned by the CBI but Suman Chattopadhyay arrest is significant because it is the second high profile journalist to be accused in the scandal. 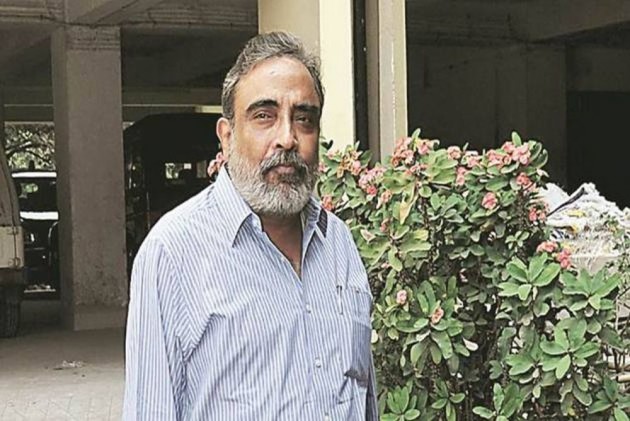 Suman Chattopadhyay’s arrest by CBI on Thursday brings the focus back on the chit fund scam that broke in Bengal in 2013.

The editor of Ei Shomoy, the Bengali daily brought out by the Times of India group, had earlier been questioned by the CBI but his arrest is significant because it is the second high profile journalist to be accused in the scandal. The other was Kunal Ghosh, who was editor of Sampad Pratidin. Ghosh was also a Trinamool Congress Rajya Sabha member.

Before editing Ei Sumoy, Suman Chattopadhyay was the editor of Ananda Bazaar Patrika, the Bengali daily brought out by the ABP group.

The alleged involvement with the chit funds reportedly took place during the interval when he was trying to float his own newspaper. Sources told Outlook that his departure from the ABP group had to do with him trying to start his own company. After he left, he launched, Ekdin, a Bengali daily which has now wrapped up. Suman had started another publication, Disha.

It is for these projects that he is alleged to have taken 5 crore rupees from the chit funds.

The chit fund scam broke in 2013, two years after the Trinamool came to power in West Bengal. It was alleged that much of the election campaigning was done with money from the chit funds, the ponzy schemes which promised high returns to low income groups, took their small savings and invested them in other projects.

Some of the companies which came up using chit fund money were Rose Valley, Icore and Sharadah, whose owner Sudipto Sen, was key accused in the scam when it first broke.

The companies diverted their funds to launching media houses which started television channels, newspapers and magazines. And a large number of publications soon mushroomed in Bengal. Most of which have closed down since the CBI investigations began.

The allegation was that before the election the political parties had used these as mouthpieces for political campaigning for a “quid pro quo”. The suggestion was that if the party came to power it would ensure the companies’ survival and growth.

The editors of the television channels and publications which were launched through these, obviously, found their voices choked. At the same time they were facing the wrath of the CBI which was investigating their involvement with the illegal money-laundering schemes.

It is said that Suman Chattopadhyay found himself in such a pincer-trapped situation. Not only was his company allegedly funded through chit fund money but his newspapers Ekdin and Disha apparently ran on ponzy funds. Insiders told Outlook that it became a challenge for him to walk the tightrope of neutrality.

His arrest, right before the general elections next year, has other implications. It is alleged that not only was his neutrality compromised, but he was forced to take strong political stances that was seen to be critical of the political party at the center.