Meet The Bankers, Who Tanked – And How

They were the bankers of the 21st century, the future of Indian banking. After being at the pinnacle of power for years, their downfall came with loud thuds – and within a few weeks and months. Finally, they were completely disgraced. 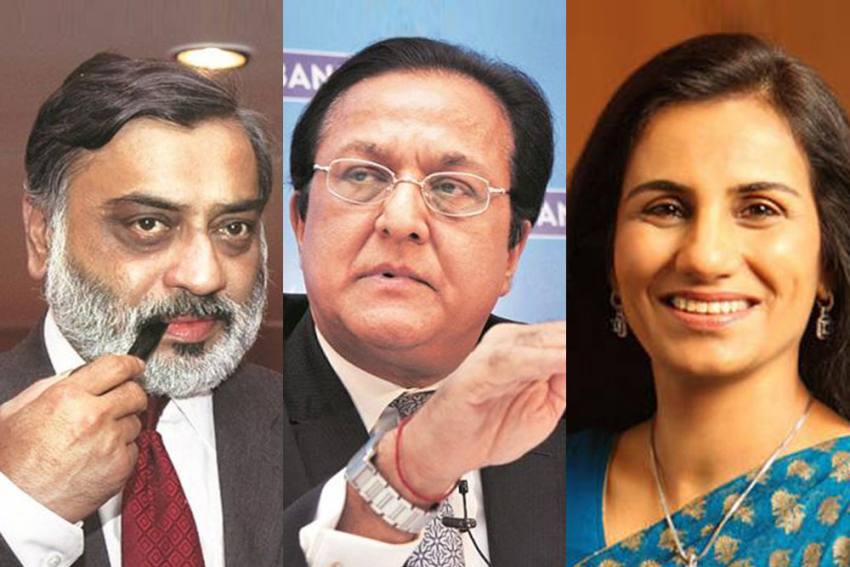 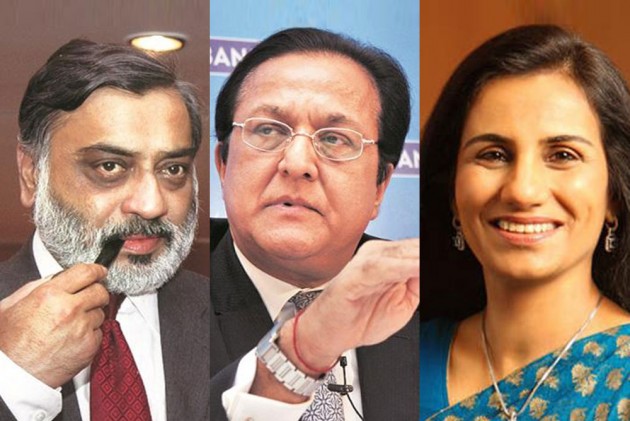 They were smart and suave. They were praised not just in India but across the globe. They were put on a pedestal for their management style and innovations. They were the bankers of the 21st century, the future of Indian banking. After being at the pinnacle of power for years, their downfall came with loud thuds – and within a few weeks and months. Finally, they were completely disgraced. This is the story of three such banker-financiers, ICICI’s Chanda Kochhar, Yes Bank’s Rana Kapoor, and Ravi Parthasarathy of IL&FS.

Kochhar was the first woman to head an Indian bank. According to a media report, she fought “one of the toughest succession battles in corporate India” to take over the ICICI mantle from her mentor, K.V. Kamath. She was featured as the country’s “most powerful woman” and was “India Inc’s poster woman”. Unlike Kochhar, Parthasarathy was media-shy; rarely was anything written about him before the IL&FS scam became public. As I wrote in another piece, he “perfected the art of networking and science of logical persuasion”.

In comparison to these two, Kapoor was not-so-famous. But he thought he was an ace super banker. His friends, quoted in media reports, said that he was passionate about finance and banking. More than that, he could do what others couldn’t – get his money out of bankrupt companies like Kingfisher Airlines. Today, he is out of Yes Bank. So is Kochhar from ICICI, with CBI and ED cases slapped against her. Parthasarathy’s IL&FS is bankrupt. This is a narrative about the similarities between their steady rise and sudden fall.

In the beginning, they were bright, ambitious, and confident.

In the 1990s and 2000s, when Kochhar was the favourite protégé of Kamath, who headed ICICI, she was given the task to handle responsibilities that catapulted the bank to new heights in a sector that had large state-owned entities. As the new chairman, she helped the bank to reach high levels of profitability and top-line. She guided the ICICI ship through the tumultuous seas after the Financial Crisis of 2008. Her bank was the one to emulate.

As the head of IL&FS, Parthasarathy popularized the PPP (Public-Private Partnership) model for mega infrastructure projects such as ports, roads, and highways. He was known as a financial whiz kid, someone who could structure any deal in a complex and complicated manner that could turn out to be a short-term win-win for all the stakeholders. In fact, for the next three decades, PPP and his equity-debt models for infrastructure became the national standards.

Kapoor knew how to close a deal – any deal. He chose businesses that were in part-trouble, but had future potential. He loaned money to them at premium interest rates. The entrepreneurs were beholden to him. Media reports indicate that he was so aggressive that he pushed loans even when the companies said no. However, given the past favours, the latter agreed. This is one of the ways in which Yes Bank recorded huge revenues quarter after quarter.

As Kochhar’s fame grew, she rubbed shoulders with national and global leaders, including politicians and bureaucrats. Some of them sought her advice on critical issues. Finance ministers and bankers across the world loved to interact with her. When I met her for a profile in a book on women entrepreneurs, I could make out that she was PR-savvy, and everything about her – including her clothes and jewellery – was matched to enhance her image.

Someone who knew Parthasarathy claimed that the latter referred to a former finance minister as “Chettiar”, as if the latter was a “family member or family friend”. Former bureaucrats were appointed directors within the IL&FS group. These included Gopi Arora, special secretary in Rajiv Gandhi’s PMO, and Piyush Mankad, the former finance secretary. His links at the states’ level landed IL&FS lucrative projects in Gujarat, Tamil Nadu, and former Andhra Pradesh.

Media reports indicate that Kapoor’s Yes Bank became the most favoured lender for several institutions that were close to the previous non-BJP regimes. One of them was Dewan Housing Finance Corporation, which was declared bankrupt. Drunk with success, Kapoor rubbed at least one industrialist, who is close to the present regime. The former scuttled a deal that involved the latter.

Finally, arrogance and hubris led to their humiliation.

In the end, greed and over-confidence, as is the case in other examples, led to Kochhar’s exit. She didn’t seem to see any conflict of interest in huge ICICI loans to Videocon Industries, whose owner, Venugopal Dhoot, invested in a firm that was headed by Kochhar’s husband. Her brother-in-law allegedly got the mandate to restructure debt of seven companies, which had huge exposures to ICICI.

Although Parthasarathy was clever, his lust for upfront revenues led to cut corners, and fund projects that were non-viable. According to a media report, IL&FS was into every sphere of project finance and earned various fees such as “project management fees, loan syndication fees, success fees, upfront fees, merchant banking fees, fees for feasibility studies, fees for environmental and social impact, etc”. Thus, the group, through various entities, earned profits on its equities and loans, even before the projects took off.

Kapoor adopted the same “fee model”. The upfront fees that Yes Bank charged for loans ranged from 2% to 10% of the total loan amounts, and it depended on the crises faced by the entrepreneurs. The higher the desperation, the higher the fee, as well as interest rates on the loans. It encouraged the bank to dole out more loans that the businesses required through gold-plating, inflating project costs, which was part of Parthasarathy’s modus operandi too.

Investigations into the personal links between the bank and her family members destroyed Kochhar’s future. The RBI found that Yes Bank’s bad loans were much higher, 6-7 times more than what it declared. Most of the businesses funded by IL$FS went bust, or were deep in losses; it failed to service its huge debt burden.