Hilal Ahmad Rather, the Air Attache to France, was born in south Kashmir's Anantnag district. 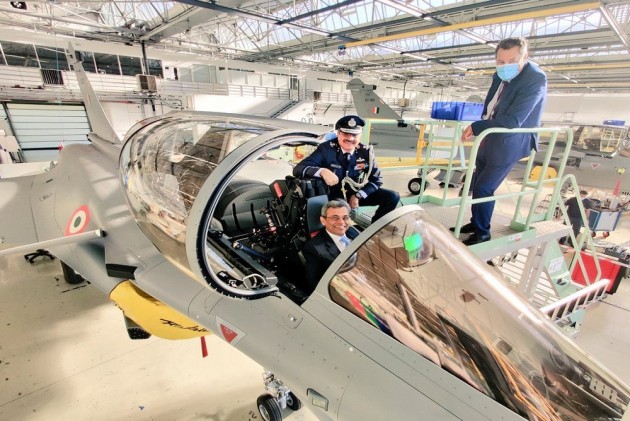 The first batch of five Rafale jets took off from France for India on Monday and are scheduled to arrive at Ambala air force station on Wednesday, nearly four years after India signed an inter-governmental agreement with France to procure 36 Rafale jets for the Indian Air Force under a Rs 59,000-crore deal.

Back in Kashmir, there is one name that has suddenly caught everyone's attention: Air commodore Hilal Ahmad Rather who saw off the first batch of fighter jets that took off from France.

Hilal, the Air Attache to France, was born in south Kashmir's Anantnag district. Hilal did his schooling from Sainik School in Nagrota, graduated from Defence Services Staff College. Hilal has won Sword of Honour in NDA.

The Kashmir-born IAF fighter pilot rose from being a flight lieutenant to now an Air Commodore.

The first squadron of the Rafale jets will be stationed in Ambala air base.

The aircraft are expected to significantly boost the Indian Air Force's combat capabilities at a time India is locked in a tense border row with China in eastern Ladakh.