Gadchiroli Encounter: Meet The Man Behind The 'C-60 Force' Fighting Maoists In Maharashtra

The special C-60 Force was set up by K P Raghuvanshi in 1990 and has been singularly responsible for the reduction in the instances of attacks by Maoists in Gadchiroli. 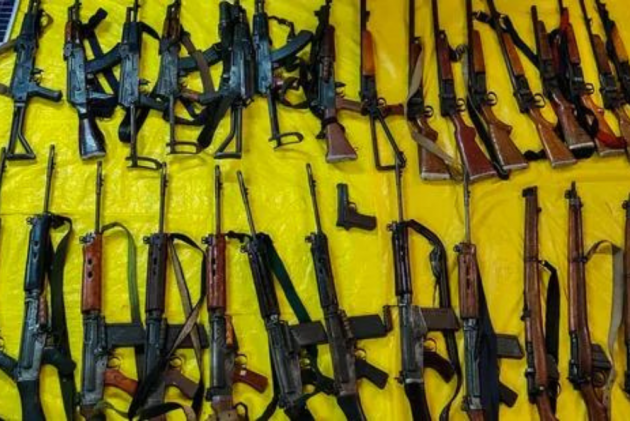 Last week when 26 Naxalites were gunned down in Gadchiroli in Maharashtra, the clincher was the untiring and dedicated efforts of the C-60 Force. This special team of 60 commandos set up on December 1, 1990 has been singularly responsible for the reduction in the instances of attacks by Maoists in Gadchiroli. In the past decade this team has been able to develop an enviable network of informers which has helped pre-empt strikes and reduce casualties.

One man’s vision was probably responsible for the establishment of this force, whose expertise matches the Naxalites every inch of the way. When K P Raghuvanshi, retired DGP of Maharashtra, was the Superintendent of Police (SP) in Gadchiroli, he was keen on finding a way to reduce attacks on security forces and innocent villagers. Often the police in those parts were left floundering for action when attacks took place. If the Maoists were ruthless, their attacks were many notches worse and they inflicted the deadliest physical injuries to security personnel.
“The people did not trust the police as they thought that they were not in a position to defend them,” said Raghuvanshi to Outlook. “Now the police have an upper hand and the Naxal activities are on the decline. The public confidence too has increased,” he said.

“Then the police numbers were less therefore the Maoists looked invincible. Killing 26 of them including one of their top leaders is no mean achievement,” said the retired officer. In the 30 years since the C-60 Force was set up, it has been a long and hard struggle to gain public trust. Initially, due to the trust deficit, the police were unable to establish a strong informer network. However, as the years rolled by, the actions of these special commandos raised public confidence and brought in the much-needed informers.

The idea of a special force was born when Raghuvanshi heard about the killing of two contractors of Tendu leaves. “I kept hearing that they were killed because they were police informers. I wondered as to how the public knew that they were public informers. So, I started visiting villages under my jurisdiction and requesting people to help us. They were very scared and sceptical,” said Raghuvanshi.

The idea was converted into a proposal and sent to the government departments for consideration and implementation. The proposal was accepted and Raghuvanshi set into motion to form the C-60 Force. Word was spread to the villages that the police were recruiting Adivasi youths to fight the Naxalites. “In the beginning it was difficult to get candidates as they were threatened by the Naxalites. However, we soon started getting recruits.”

The first batch of this innovative concept saw 100 recruits being selected. All of them were provided training in various types of guerrilla warfare from reputed training institutes across the country including Greyhounds in Hyderabad and Hazaribag in Bihar etc. Their strength is their agility, therefore they adapted and have been adapting quite easily to the hardened training, said Raghuvanshi.

While the strength of the Force was kept at 60 men for combat at all times, 30 men were kept for administrative functions. It was presumed that at point of time, at least 10 personnel would be on leave. As activities and attacks by the Maoists increased, a second C-60 Force was set up in South Gadchiroli in 1994.

“Gadchiroli is not an easy terrain. These commandos go to the remotest places as they know the area like the back of their hand,” said Raghuvanshi. “This Force matches the Naxalites in every way be it language, understanding the topography, will power and in physical strength. So they found easy acceptability in the villages. Now the Naxalites are looking to increase their numbers but are unable to find new recruits. So they are looking across the borders to recruit,” said the retired officer.

According to Raghuvanshi, the C-60 Force did not work in isolation, they developed a great connect with the villagers living in inaccessible areas in the district. They started meeting the families and relatives of Naxalites and counselled them to call back their people who have become Naxalites. “This has led to mass surrenders by the Naxalites and they are now beneficiaries of various government schemes. If Maoists operations have reduced it is due to the security forces,” said Raghuvanshi.