Here is a look at the seven women who steered one of the most influential social media handles of the world on Women's Day. 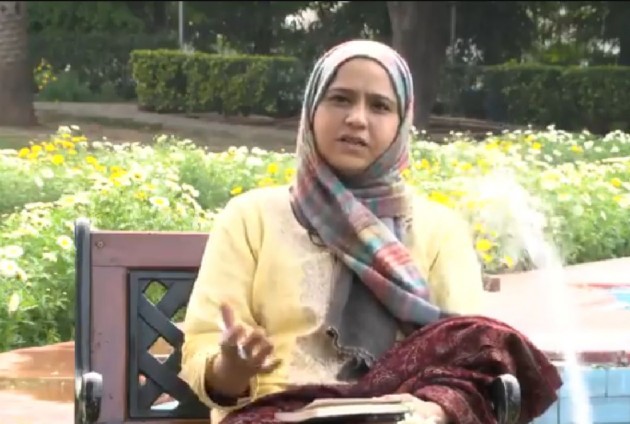 Prime Minister Narendra Modi on Sunday announced that seven women achievers will share their life journeys and interact with people through his social media accounts on the occasion of Women's Day and so they did. Here is a look at the seven women who steered one of the most influential social media handles of the world.

A believer in Mahatma Gandhi's ideology, Chennai-based social worker Sneha Mohandoss was the first among the seven women achievers to handle Prime Minister Narendra Modi's Twitter account on International Women's Day on Sunday. She urged people to feed at least one needy person and stressed on zero wastage of food.

In a tweet, Mohandoss said: "I feel empowered when I do what I'm passionate about! I wish to inspire my fellow citizens, especially women, to come forward and join hands with me. I urge everyone to feed at least one needy person and contribute to a hunger-free planet."

Mohandoss, a 23-year-old visual communication student currently working in an events management organisation, is running FoodBank-India initiative to connect people who want to help the homeless with home-cooked, nutritious food in Chennai.

In her pinned tweet, Iyer, the second woman to handle Modi's social media account, says, "Say hello to Dr Malvika Iyer Heart suit. PS: To everyone who's been curious as to how I type, do you see that bone protruding from my right hand? That's my one and only 'extraordinary finger'. I even typed my PhD thesis with it."

Iyer survived a gruesome bomb blast in Bikaner, Rajasthan, at the age of 13 in 2002 that left her an amputee. But that didn't deter her from pursuing her dreams.

Iyer is an award-winning disability rights activist with a doctorate in social work. She is the recipient of the 'Nari Shakti Puraskar', the highest civilian honour for women from the President. Iyer is an international motivational speaker, a TEDX speaker, a model for accessible fashion and a global shaper at the Global Shapers Community (an initiative of the World Economic Forum).

Kashmiri woman Arifa Jan, who has spun a success story of her own through a revival of the Valley's 'Numdah' handicraft, on Sunday tweeted on Prime Minister Modi's Twitter handle to emphasise that women should focus on becoming self-reliant and also help other women.

Jan was awarded along with 15 other women by President Ram Nath Kovind.

Jan has trained more than 100 women in Kashmir. She has employed 25 Kashmiri artisans and increased wages of her employees from Rs 175 to Rs 450 per day.

Despite the financial constraints faced by a female entrepreneur apart from criticism, she has actively promoted new designs of 'Numdah'.

Jan was conferred for her outstanding achievement in the revival of felting craft of Kashmir by a leading business house in Kashmir in 2013, Lifetime Achievement Award in 2016, and S-E-A Award in an event organised by a cold drinks company and Jagrati Yatra at Mumbai in 2018.

Appearing on the Prime Minister's Twitter handle, as @kalpana_designs, she tweeted, "Be a warrior but of a different kind! Be a water warrior. Have you ever thought about water scarcity? Each one of us can collectively act to create a water secure future for our children ... Here is how I am doing my bit."

Ramesh is a Hyderabad-based architect who advocates water conservation in residential apartments and office blocks through rainwater harvesting.

A volunteer with SAHE, Society for Advancement of Human Endeavour, Ramesh also goes by the moniker 'Go Green Water Champion".

Vijaya Pawar on Sunday familiarised Indians with the handicrafts of the Banjara community in Maharashtra through Prime Minister Modi's Twitter handle as the fifth woman achiever handling the Prime Minister's accounts on International Women's Day.

Working in Banjara handicraft field for the last two decades, Pawar presented the rural Gormati art of Maharashtra through the Prime Minister's Twitter handle and showcased through a video how she encouraged thousands of women artisans working with 90 self-help groups (SHGs) under her guidance.

The latest to take over Prime Minister Modi's social media accounts is Kalaveti Devi, a woman mason. She is a driving force behind reducing open defecation in the district of Kanpur. She is responsible for building more than 4,000 toilets in villages in and around Kanpur.

Introducing herself through the Prime Minister Twitter handle, she tweeted in Hindi: "The place where I used to live was a living hell. But there was a strong belief that through cleanliness we can change this situation."

Her indomitable spirit did not shake despite being a single earner in the family, taking care of her elder daughter and her two grandchildren after the untimely death of her husband and son-in-law.

In an inspiring message, she urged, "So go out. If someone speaks foul of you, let them do it. If you want to achieve your goal, then do not look back."

The last one taking charge of Prime Minister Modi's account was 43-year-old Bina Devi from Munger district of Bihar.

Known as "Mushroom Mahila" for popularising mushroom cultivation, she has been working in the Maoist-affected Belhar block of Munger. Her tireless efforts in the last five years have popularised mushroom cultivation in many villages and helped improve farmers' economic condition.

Along with the mushroom cultivation, she has also been teaching farmers organic farming, compost-making and organic insecticides. Due to her courage and positive attitude, women in the area are also taking up cattle rearing.

Devi's efforts have seen farmers in 105 villages opting for mushroom cultivation. She is also providing digital training and has helped over 700 women to use mobile phones.

As the world celebrated International Women's Day, India gave it a different meaning by acknowledging the tremendous success of seven examples of 'Nari Shakti' against all odds who have changed society for good.