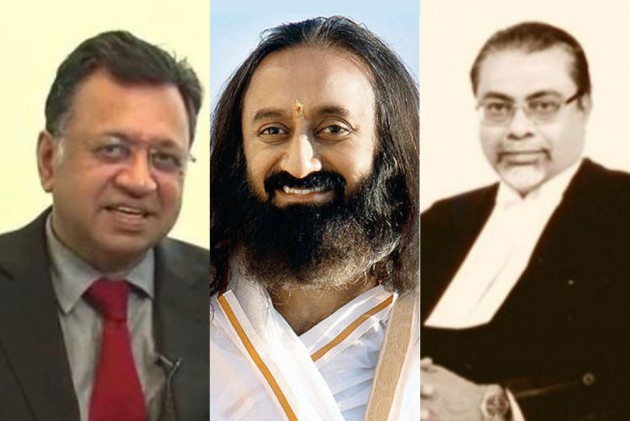 The Supreme Court on Friday referred the Ram Janmabhoomi-Babri Masjid land dispute case for mediation by a panel headed by retired apex court judge F M I Kalifulla to explore the possibility of an amicable settlement and gave it eight weeks to complete its proceedings.

The other members of the panel will be spiritual guru Sri Sri Ravishankar and senior advocate Sriram Panchu, said a five-judge Constitution Bench headed by Chief Justice Ranjan Gogoi and added that they can co-opt more members if needed.

It's A Serious Responsibility, Will Do My Best: Ayodhya Mediator Sriram Panchu

Justice Fakir Mohamed Ibrahim Kalifulla, 67,  retired as a judge of the Supreme Court in July 2016. He started his practice in 1975 and was appointed to Madras High Court as a judge in 2000. Later, he also served as the Chief Justice of Jammu and Kashmir High Court.

The supreme court has tasked him to head the mediation panel.

Sriram Panchu, 69, is a Chennai based senior advocate and is the founder of The Meditation Chamber and is considered a pioneer in the mediation movement. He is the president of the Association of Indian Mediators as well as a director of the International Mediation Institute, according to LiveLaw.

"It is a very serious responsibility given to me by the Honourable Supreme Court. I will do my best," he said in a brief statement in Chennai, after the announcement.

Founder of the country's first court-annexed mediation centre -- The Mediation Chambers -- in the Madras High Court in 2005, he has authored books on mediation, including a comprehensive manual -- Mediation: Practice and Law.

Panchu has mediated a number of cases, including the one involving the boundary dispute between Assam and Nagaland

Sri Sri Ravi Shankar of the Art of Living foundation is a well known spiritual guru. The 69-year-old has tried to mediate in the issue previously as well.

In 2018, he kicked off his mediation efforts on the Babri Masjid-Ram Janmabhoomi dispute in Ayodhya and met with Muslim leaders, including members from the All India Muslim Personal Law Board and Sunni Waqf Board.

After the meeting, the AOL had said eminent members of the Sunni Waqf Board, All India Muslim Personal Law Board and others met Ravi Shankar and expressed support for an out-of-court settlement in the Ayodhya matter.

"They have supported the proposal of shifting the Masjid outside to another place. Many Muslim stakeholders are cooperating in this matter," an AOL statement at the time said.

In March 2018, Shankar landed in a controversy after he said "If Ram Mandir issue is not solved, we will have a Syria in India," in an interview to a news channel.

On Friday, after the apex court announced its order, Sri Sri tweeted: "Respecting everyone, turning dreams to reality, ending long-standing conflicts happily and maintaining harmony in society - we must all move together towards these goals. #ayodhyamediation"

Respecting everyone, turning dreams to reality, ending long-standing conflicts happily and maintaining harmony in society - we must all move together towards these goals.#ayodhyamediation