12 out of 17 MLAs from Congress, including Meghalaya’s former CM Mukul Sangma have joined TMC on Thursday. 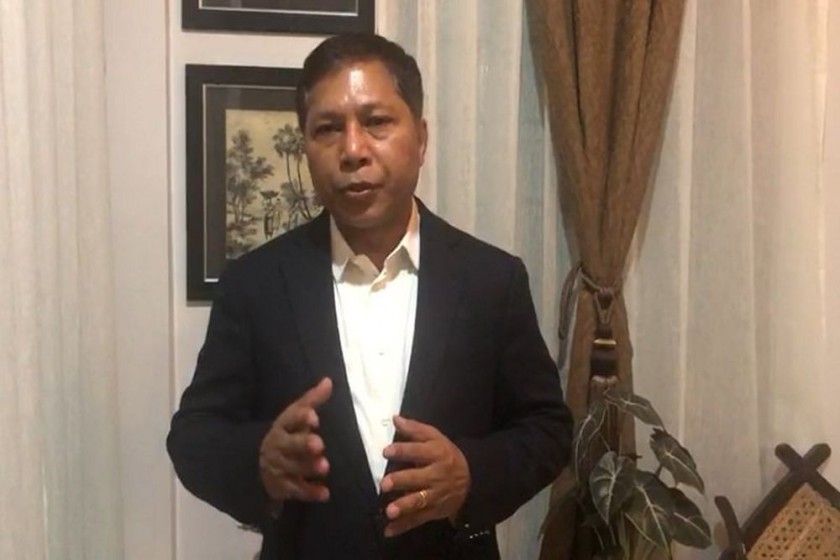 The Congress has suffered a massive jolt in north east Meghalaya after12 out of its 17 MLAs, including the state’s former Chief Minister Mukul Sangma  joined Mamata Banerjee’s TMC on Thursday.

H M Shangpliang, who is among the defecting MLAs said: "Twelve MLAs of the Congress out of 17 in Meghalaya have decided to join the TMC. We will formally join the TMC under the leadership of former CM Mukul Sangma”.

Shangpliang is himself MLA from Mawsynram in East Khasi Hills district.

He said the decision to shift allegiance to Mamata Banerjee's party was taken after "exhaustive due diligence and analysis about how best to serve the people.

"The decision has been taken with utmost sense of humility, responsibility and commitment towards fulfilling our responsibility to the people, the state and the nation," he told a press conference.

In a massive jolt to the main opposition Congress, they had decided to join the TMC in a late night development on Wednesday.

Earlier, the breakaway group had also submitted a list of MLAs crossing over to the TMC to state Assembly Speaker Metbah Lyngdoh and informed him about their decision.

The development is a major boost for West Bengal Chief Minister and TMC supremo Mamata Banerjee, who has been trying to expand her party's footprint beyond her native state.

The breakaway group has submitted a list of MLAs crossing over to the TMC to state Assembly Speaker Metbah Lyngdoh and informed him about their decision, an official said in Shillong.

The development is a major boost for West Bengal Chief Minister and TMC supremo Mamata Banerjee, who has been trying to expand her party's footprint beyond her native state.

The TMC is trying to enter Tripura's political arena in a big way by contesting a bitterly fought municipal election in the neighbouring state. It will also contest the assembly elections in Goa with the intention of pitching Banerjee firmly as the foremost anti-BJP opposition voice.

A Trinamool Congress leader said in New Delhi on Wednesday night that 12 of the 18 Congress MLAs in Meghalaya, including Sangma, have joined the party.

Sangma, the Leader of the Opposition in the Assembly, was reportedly unhappy with the Congress's top leadership. Sources also said Sangma was peeved at the the appointment of Vincent H Pala without consulting him and the two did not get along well.

Banerjee, who is in the national capital, on being asked about her plans to call on Sonia Gandhi had said on Tuesday it is not mandatory to meet the Congress president every time she visits New Delhi.

The TMC leader, who was speaking on condition of anonymity, said with 12 Congress MLAs joining his party, the Trinamool Congress has become the principal opposition party in the state.

"Twelve of the 18 Congress MLAs in Meghalaya join Trinamool. Principal Opposition In Meghalaya is now Trinamool. Another huge setback for Congress," he said.

Elections will be due in Meghalaya in 2023.

In 2012, the Meghalaya Pradesh Trinamool Congress was formally launched with an intention to contest 35 of the state's 60 seats.

As the anti-defection law permits merger of two third members of a legislature group with another party, the 12 Congress lawmakers will not attract disqualification. (With PTI inputs)