Meghalaya Governor Extends Support To Protesting Farmers, Urges Centre Not To Offend Them

'When the farmers go to sow (crops), there is some price, and when they go to reap it, the price decreases by almost Rs 300', says Meghalaya governor 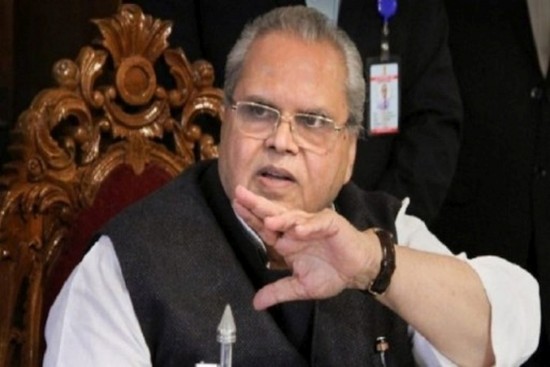 Meghalaya Governor Satya Pal Malik extended his support to the protesting farmers against the three farm laws and urged Prime Minister Narendra Modi and Home Minister Amit Shah not to offend them.

Speaking at an event in his home district, Baghpat on Sunday, Malik said if the Centre gives legal guarantee of the minimum support price (MSP) for crops, farmers will relent.

Malik further said he had requested the prime minister and the home minister not to use force against farmers, and not to send them home from Delhi empty-handed.

"None of the laws are in favour of farmers. The country in which farmers and soldiers are not satisfied, that country cannot move ahead. That country cannot be saved. Hence, the Army and farmers should be kept satisfied,” Malik said urging PM Modi and Home Minister Shah not to offend them.

The Meghalaya Governor also claimed that he prevented the arrest of farmer leader Rakesh Tikait when he heard rumours about it.

Describing the condition of farmers as bad, Malik said, "They are getting poorer day by day while the salary of government officials and staff increases after every three years. Whatever is sown by a farmer is cheap and whatever he buys is expensive."

“They do not know how they are becoming poor. The 'satyanaash' (annihilation) of the farmers is taking place without their knowledge. When they go to sow (crops), there is some price, and when they go to reap it, the price decreases by almost Rs 300," Malik said.

Taking a jibe at the arguments offered in favour of the new farm laws, Malik said, "A lot of noise was created that farmers can now sell (crops) at any place. This is a 15-year-old law. Despite this, when a farmer from Mathura goes to Palwal with wheat, there is a lathicharge on him. When a farmer from Sonipat comes to Narela, there is a lathicharge on him."

"There are many questions of farmers, which must be answered. Today, there is no law in favour of farmers. This has to be corrected. I want to assure you that in the matter of farmers, I will go to any extent to solve their problems,” he said.

Apparently referring to Sikh farmers protesting against the laws, Malik said, "The Sikh community does not back down and forget things even after 300 years.”

“Indira Gandhi (ex-PM) had got the ''Mahamrityunjay Mantra Jaap'' done for a month after the Operation Blue Star. Arun Nehru told me that when he asked her that you do not believe is such rituals, then why are you performing these, she said you don't know, I have damaged their 'Akal Takht'. They will not spare me."