The National Green Tribunal imposed Rs 100 crore fine on the state government as a 'deterrent' and for its 'inaction' to curb illegal mining in the north eastern state. 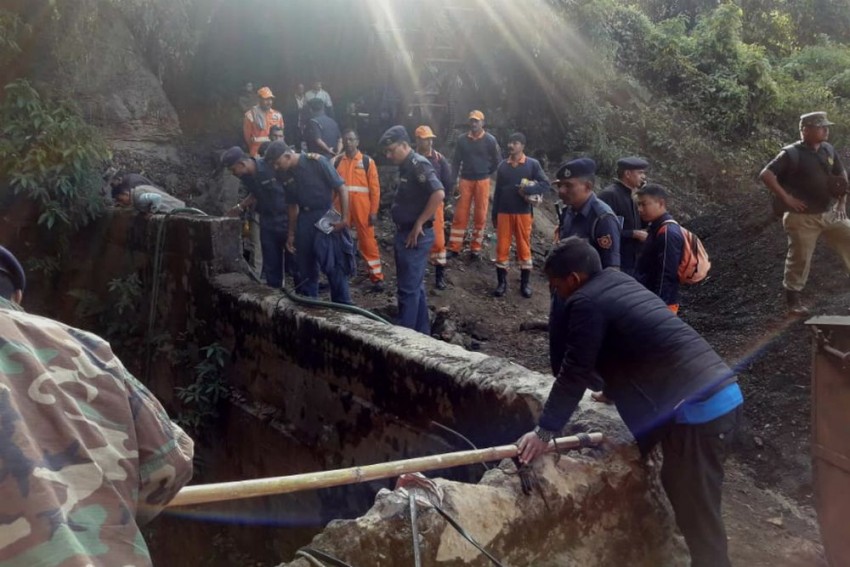 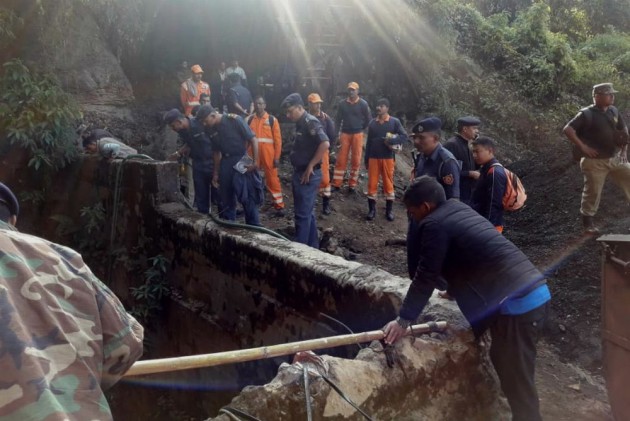 Meghalaya government was imposed with a heavy fine of Rs 100 crore by the National Green Tribunal for its failure to curb illegal coal mining in the state on Friday.

A senior advocate, who is assisting the tribunal as an amicus curiae in the matter, said a report of a high-level committee was submitted on January 2 before a bench headed by NGT chairperson A K Goel.

The report stated that majority of the mines in the north eastern state were operating without a lease or licence.

The Tribunal imposed Rs 100 crore fine on the state government as a "deterrent" and for its "inaction" to curb illegal mining in the north eastern state.

The lawyer said during the hearing, the state government admitted that a large number of mines were operating illegally.

At least 15 miners are trapped in the 370 foot-deep illegal coal mine in Lumthari village of East Jaintia Hills district of Meghalaya since December 13 and all efforts to pump the water out of flooded mine have been in vain.

Senior advocate Raj Panjawani said the amount of the fine has to be deposited with the Central Pollution Control Board within two months.

He said the bench in its order made it clear that the amount can be recovered from illegal miners and the officials responsible for operating mines illegally.

The report of the three-member committee, headed by retired Justice B P Kakoti of Gauhati High Court, has stated that there were around 24,000 mines in Meghalaya and majority of them were operating illegally.

It also said not only were there no licences or leases, but also no environmental clearance for operation of majority of the coal mines.

The NGT had constituted the committee in August 2018 to supervise and look into the issue of environmental restoration plan and other connected matters in Meghalaya.

The committee was constituted during the hearing of the petition which had sought a ban on coal mining in Meghalaya. It had also taken into account some reports of the state pollution control board.

Meghalaya's advocate general Amit Kumar said he had been conveyed about the order of the NGT imposing Rs 100 crore on the state. He said the detailed order would be made available in a couple of days.

The National Green Tribunal had ordered an interim ban on 'rat-hole' coal mining in Meghalaya from April 17, 2014.

The latest order comes when the authorities are finding it difficult to rescue the 15 miners trapped since December 13 in an illegal coal mine in Meghalaya as there is no blueprint of the 355-feet well which has a "maze of rat holes".