An investigation has been initiated by the state police as a number of politicians got text messages on their mobile phones from the militant organisation 'demanding Rs 10 lakh and above as income tax'. 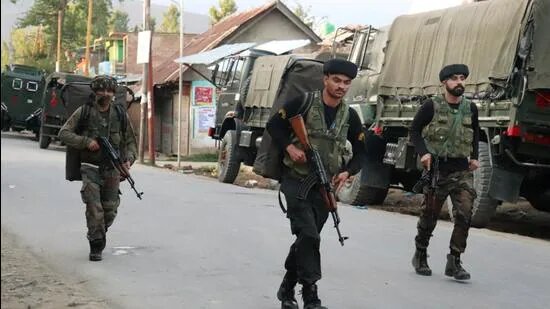 Following death of a former militant in an encounter with policemen, Meghalaya Deputy Chief Minister Prestone Tynsong on Saturday said that several ministers and MLAs in the state have received extortion notices from an outlawed organisation.

According to a senior officer, police has embarked on an investigation as a number of politicians of the state received text messages on their mobile phones from the militant organisation "demanding Rs 10 lakh and above as income tax".

Violence had erupted in Mawlai and Jaiaw areas of Shillong following the death of Cheristerfield Thangkhiew, the former self-styled general secretary of the outlawed Hynniewtrep National Liberation Council (HNLC), in an encounter when the police raided his home in the early hours of August 13.

Thangkhiew, who had surrendered in 2018, was shot dead when he allegedly tried to attack a police team with a knife during the raid in connection with a series of IED blasts in the state.

“We are aware of the fact that ministers and MLAs have received these (extortion notices) and the matter is under investigation,” Tynsong told PTI.

The police are probing the case, keeping in mind the safety and security of persons who have got the text messages through SMSes or Whatsapp, he said.

Not only political leaders but several businessmen have also received the messages on their mobile phones from overseas, the police officer said.

According to the police, at least two persons, including a woman, were injured in an improvised explosive device blast by insurgents, which went off behind a busy marketplace here on August 10. In an email to news organisations, the outlawed HNLC had claimed responsibility for the explosion ahead of the Independence Day celebration.

Last month, the organisation had carried out another IED attack near quarters of the reserve police force personnel in East Jaintia Hills. Earlier this year, the HNLC had also conducted an attack inside a cement plant in the district.

The Meghalaya government has instituted a judicial inquiry to be conducted by Justice (retd) T Vaiphei, the chairperson of the Meghalaya Human Rights Commission, into the encounter incident.