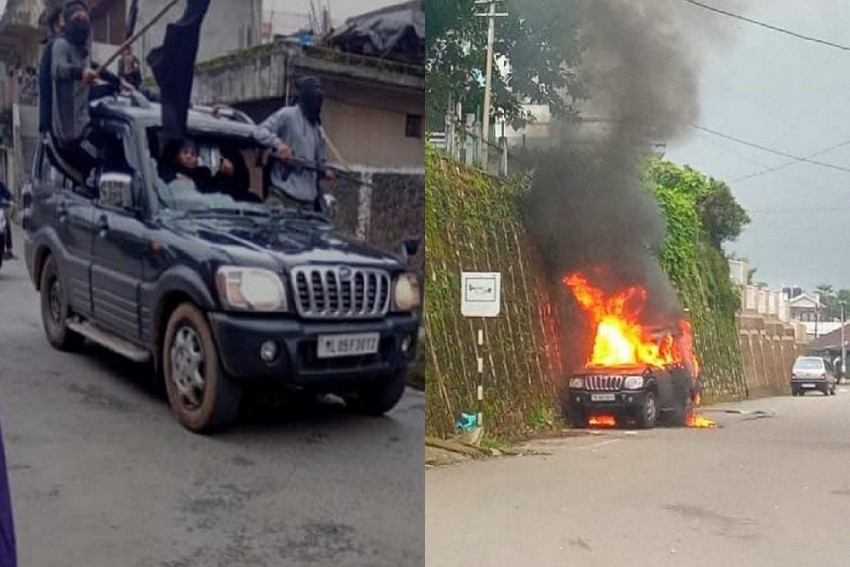 The Assam government on Monday advised citizens not to travel to Meghalaya’s capital Shillong in view of the violence there, a senior police officer said.

Vandalism and arson rocked Shillong and nearby areas on Independence Day during the funeral procession of a former militant forcing the Meghalaya government to impose a curfew in the capital and ban mobile internet services in at least four districts.

"Curfew has been imposed in Shillong due to Law & Order issues. People from Assam are advised not to travel to Shillong till curfew continues," Assam Police Special Director General G P Singh said on Twitter.

A vehicle carrying CRPF personnel was also attacked by protesters in Mawlai area of Shillong during curfew hours on Sunday night, prompting security forces to resort to “mild force” for dispersing the crowd.

Meghalaya Home Minister Lahkmen Rymbui has resigned amid violence in Shillong over the police shooting of the former militant.