PDP President tweeted that she has been placed under house arrest just before her visit to Athar Mushtaq's family, allegedly killed in a fake encounter in Srinagar. 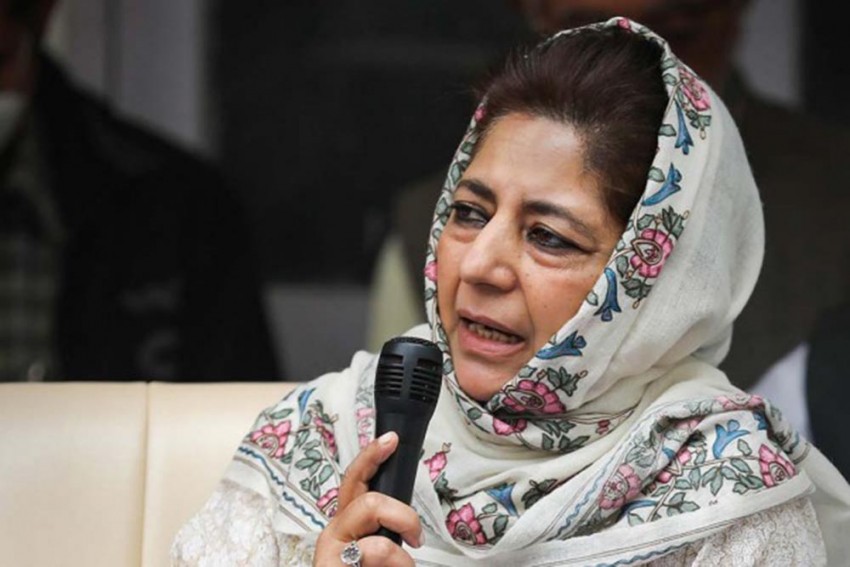 PDP President and former Jammu and Kashmir Chief Minister Mehbooba Mufti alleged that she was placed under house arrest right before she could visit the family of Athar Mushtaq. Last year in December, Mushtaq was one of the three alleged militants killed in an encounter in Parimpora locality in Srinagar.

“Placed under house arrest as usual for trying to visit the family of Athar Mushtaq killed allegedly in a fake encounter. His father was booked under UAPA for demanding his dead body. This the normalcy GOI wants to showcase to the EU delegation visiting Kashmir (sic)", tweeted Mehbooba.

Placed under house arrest as usual for trying to visit the family of Athar Mushtaq killed allegedly in a fake encounter. His father was booked under UAPA for demanding his dead body. This the normalcy GOI wants to showcase to the EU delegation visiting Kashmir. pic.twitter.com/xFkcqTGQyV

She also uploaded a video of her interaction with her security staff at her 'Fairview' residence in the Gupkar area here.

“This reign of suppression & terror in Kashmir is the unvarnished & unpalatable truth that GOI wants to hide from the rest of the country. A 16-year-old is killed & then hurriedly buried denying his family the right & chance to perform his last rites (sic),” she said in another tweet.

In the video, when Mehbooba asks security officials why she was being stopped from visiting Pulwama, they tell her “there is a security problem”.

The PDP chief said she was being stopped from visiting different areas of the Valley without being informed about the reasons.

“Why am I not being allowed to go? Am I a prisoner, or a criminal? What is the reason? Show me the orders, the sections, under which I am being detained,” she told the officials.

Mehbooba claimed the gate of her house was locked and additional security forces were put outside it to stop her from leaving the residence.

Referring to the upcoming visit of a delegation of the European Union, Mehbooba asked the officials how can the security forces secure them when they cannot provide security to the people here.

“When you cannot provide security to me, how are you going to secure the delegation?... Let you keep my security and allow me to go there without security. You cannot keep the gates of my residence locked always,” she says in the video.