Jammu and Kashmir police arrested Saima Akhtar and disengaged her from services alleging her obstructing the operation of security forces. 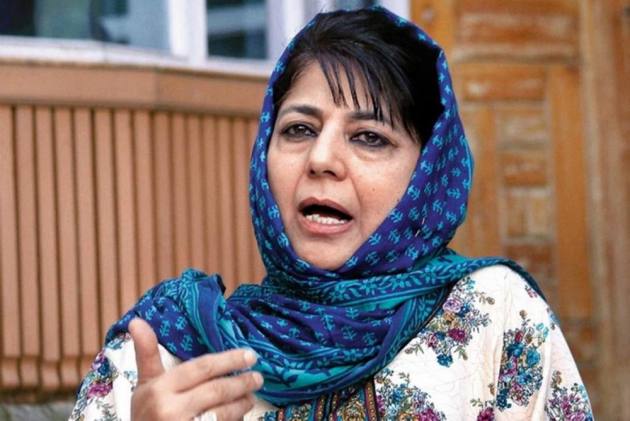 “Saima Akhter from Kulgam has been slapped with UAPA for raising legitimate questions about searching her home repeatedly without any reasons. Saima’s ailing mother understandably exacerbated her worries. When it comes to cruelty even women aren't spared in Naya Kashmir,” Mufti, a former chief minister of Jammu and Kashmir, tweeted.

Jammu and Kashmir police arrested Saima Akhtar and disengaged her from services alleging her obstructing the operation of security forces.

“On 14 April 2021, after receiving specific input regarding the presence of (militants) in Karewa Mohallah of Village Frisal, a search operation was launched there. During the search, the search party was obstructed by a woman identified as Saima Akther D/O Ghulam Nabi Rah R/O Frisal,” a police spokesman said in a statement.

“The woman resisted the search party and turned violent, and uttered statements glorifying violent actions of (militants). She captured a video through her phone and forwarded it on social media platforms to disrupt the search.”

The police arrested the woman and booked and her under section 353 IPC, 13 UAPA at the police station Yaripora. However, the residents of the area pleading anonymity say the woman was only earning a hand in the family as her father is ailing for years together. Mehbooba Mufti said the forces were coming repeatedly to raid her house and she raised legitimate questions over it.