Sanjay Raut even asked why the Pakistani side had lost despite wearing their green jersey. "Mehbooba Mufti should be sent to a mental asylum for drawing such conclusion" Raut was quoted as saying. 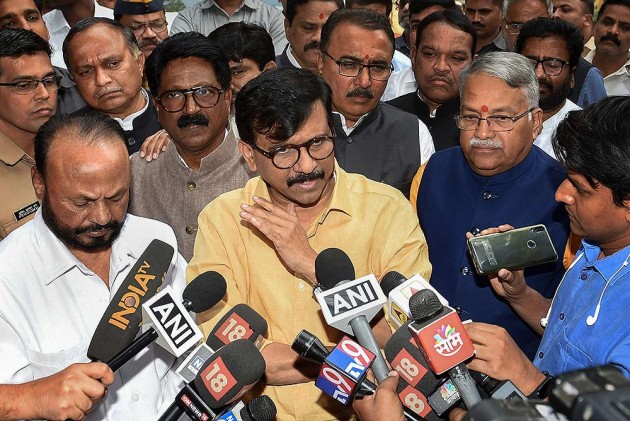 Shiv Sena parliamentarian Sanjay Raut on Monday hit out at former Jammu and Kashmir chief minister Mehbooba Mufti, saying she should be sent to a mental asylum after the latter blamed the colour of Indian cricket team's jersey for their loss against England in the World Cup.

Sanjay Raut even asked why the Pakistani side had lost despite wearing their green jersey. "Mehbooba Mufti should be sent to a mental asylum for drawing such conclusion," Raut was quoted as saying.

Mufti had on Sunday said India's "orange jersey" was the reason why the team conceded a 31-run defeat to hosts England.

"Call me superstitious, but I'd say it's the jersey that ended India's winning streak in the #ICCWorldCup2019," Mufti tweeted.

The comment drew sharp criticism from politicians, who said Mufti was creating an unnecessary controversy.

"An unnecessary controversy has been created around the orange cricket jersey. Orange is also a part of our culture and one of the colours in our national flag. I am sure that India will bring back the world cup" said Congress MP Praful Patel.

"It is astounding that a former chief minister and senior political leader is looking at the victory or defeat of the Indian team based on the colour of their jerseys. Why politicize the colour orange which is part of our national flag?" BJP spokesperson Nalin Kohli added.

"Mehbooba Mufti's comment that India lost the World Cup match against England is a foolish remark. It reflects her communal tone and hatred towards the country and its culture. Saffron, though it is not a religious symbol, is linked with India's culture. Mufti is behaving like a secessionist leader by linking India's jersey colour with a defeat," he said.

The orange jersey controversy began four days ago when the Indian cricket team unveiled their purple and orange jersey. Many people lambasted the new jersey in bizarre tweets, stating the jersey is 'unlucky' for team India.