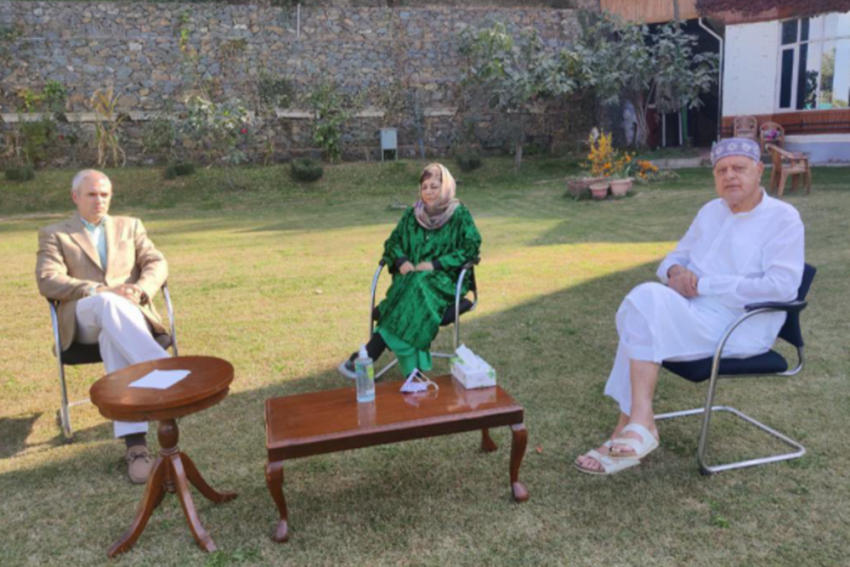 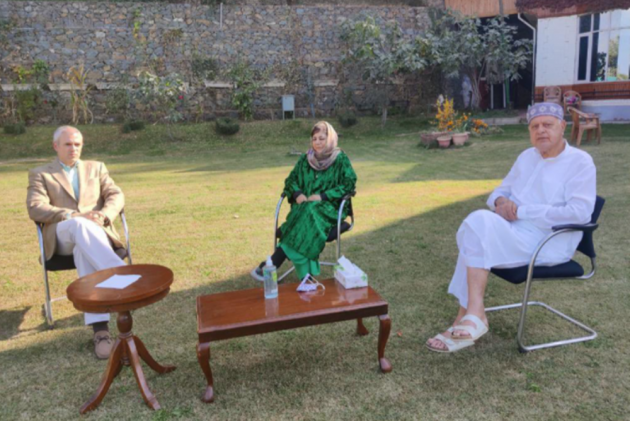 Former chief minister and Peoples Democratic Party (PDP) leader, Mehbooba Mufti, who was released from detention on October 13, will be attending a meeting of the Gupkar Declaration signatories on October 15.

The announcement came soon after National Conference president Farooq Abdullah and the party’s vice president Omar Abdullah visited Mufti at her residence on Wednesday after her release.

"My father and I called on Mehbooba Mufti Sahiba this afternoon to enquire about her well-being after her release from detention. She has kindly accepted Farooq Sahib’s invitation to join a meeting of the Gupkar Declaration signatories’ tomorrow afternoon," tweeted Omar Abdullah.

My father & I called on @MehboobaMufti Sahiba this afternoon to enquire about her well-being after her release from detention. She has kindly accepted Farooq Sb’s invitation to join a meeting of the Gupkar Declaration signatories tomorrow afternoon. pic.twitter.com/MR9IQPFW2T

“It was nice of you & Farooq Sahab to come home. It gave me courage listening to him. I’m sure together we all can change things for the better,” Mehbooba Mufti tweeted.

It was nice of you & Farooq sahab to come home. It gave me courage listening to him. Im sure together we all can change things for the better. https://t.co/48yc39Wjhb

Last time the three leaders met on August 4, 2019, a day ahead of revocation of Article 370 and signed Gupkar declaration. The declaration says all major parties would be united in their resolve to protect and defend the identity, autonomy, and special status of Jammu and Kashmir against all attacks and onslaughts whatsoever. The declaration also says modification, abrogation of Articles 35A, 370, unconstitutional delimitation or trifurcation of the state would be an aggression against the people of Jammu Kashmir and Ladakh. A day later, on August 5, 2019, the BJP government revoked Article 370 amid arrests of around 8000 people including Mehbooba Mufti, Omar Abdullah and Farooq Abdullah—three former chief ministers.

The three former chief ministers were booked under section 107 of the Criminal Procedure Code (CrPC). On the expiry of six months of preventive detention under section 107 of CrPc, the government invoked the Public Safety Act against them in February this year. Later, Dr Farooq and Omar Abdullah were released in March this year and Mehbooba eight months later on Tuesday, October 13.

After her release, Mehbooba aggressively and uninhibitedly sought not only the restoration of Article 370 but also called for resolution of Kashmir dispute.

The visit of Abdullahs is an indication that all mainstream political leaders are on the same page, says a senior political leader. Mehbooba Mufti didn’t give anyone time to guess what her politics would be by issuing a strong statement that called August 5, 2019 decisions as black decisions. She is also holding a press conference on Friday.

Political observers in Kashmir say it would be interesting to see how she carries out her politics as she is speaking what people in Kashmir are interested in.  They say Mehbooba’s statement minutes after her release that called for a struggle to resolve Kashmir dispute is an indication that she wouldn’t be lying down and would soon be out to articulate her views among people. These views have takers in the valley including political parties which are signatories of Gupkar declaration.

Farm Bills: Punjab Farmers Walk Out of Talks With Centre