However, his lawyer said Choksi would continue to remain in hospital as his medical condition ‘deteriorated’. 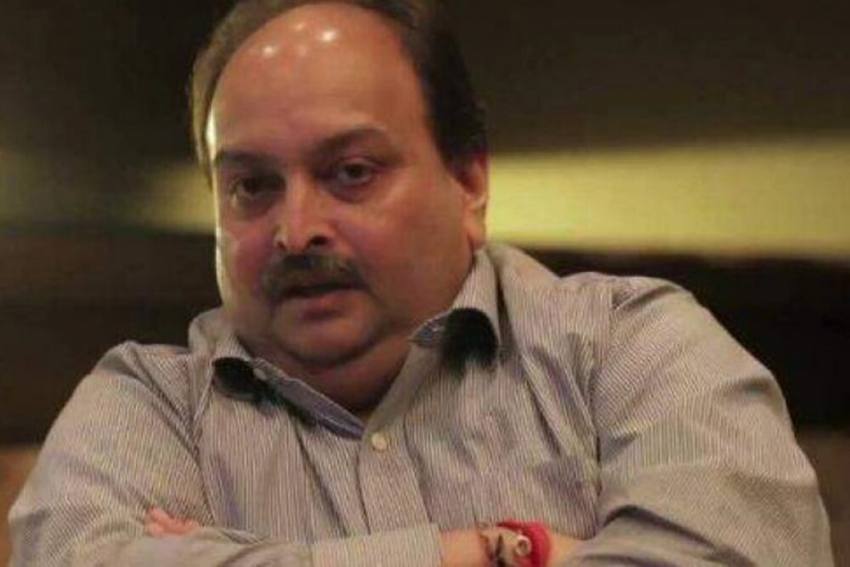 A magistrate court in Dominica on Thursday moved businessman Mehul Choksi from police custody to a state prison.

However, his lawyer in India said that he would continue to remain in hospital as his medical condition "deteriorated".

"Yes, (Choksi's) police custody has been changed to prison custody but he shall remain in hospital as his medical condition has deteriorated," lawyer Vijay Aggarwal said.

His legal team had submitted a medical certificate from doctors at the Dominica China Friendship Hospital, where Choksi is undergoing treatment, of "mental stress" and elevated blood pressure.

The change in custody is being seen as a ray of hope for India which has approached the Dominica High Court seeking to be impleaded as a party in the case filed by lawyers of Choksi whose bail plea was earlier rejected.

Choksi is wanted in India in a case of loan fraud worth about Rs 13,500 crore in the state-run Punjab National Bank.

The CBI and the Ministry of External Affairs have sought to be impleaded in the habeas corpus matter, which seeks return of Choksi to Antigua and Barbuda, by filing two affidavits in the Dominica High Court, officials said here.

The central agency is likely to focus on establishing criminal culpability of Choksi, fugitive status, pending warrants against him, Red Notice and charge sheets while the Ministry of External Affairs will argue that Choksi continues to be an Indian citizen, they said.

The affidavits, if admitted by the high court, will pave the way for noted lawyer Harish Salve pleading India's case in Dominica, they said.

The fresh development seems to indicate that India stands a chance to be heard and make a legal attempt to bring the fugitive diamantaire back to the country and face a trial.

The CBI had on Wednesday filed a supplementary charge sheet against him alleging him of having prior knowledge of the impending Enforcement Directorate (ED) enquiries against him in 2017 which triggered him to plan his escape from India and cover his tracks by concealing evidence.

The CBI in its supplementary charge sheet has invoked Section 201 of the IPC among other charges which pertain to the destruction of evidence by a suspect as part of criminal conspiracy.

Choksi has been admitted at the Dominica China Friendship Hospital since May 29 after being held by the authorities of the Caribbean island country for "illegal entry" on May 24, a charge denied by him.

His lawyers in Dominica have contended that Choksi was removed from Antigua and Barbuda, where as a citizen he enjoys rights to approach the British Privy Council as the last resort in cases on his citizenship and extradition, to Dominica where these rights are not available to him.

"The aim was to remove him from Antigua to Dominica was to diminish his protection under the law. Choksi has ongoing proceedings in Antigua in regards to attempts by the Prime Minister to remove his citizenship, the only citizenship that he possesses, and to extradite him to India," his lawyer had said.