Choksi allegedly made his employees directors of the firms based in Hong Kong, and was controlling them. 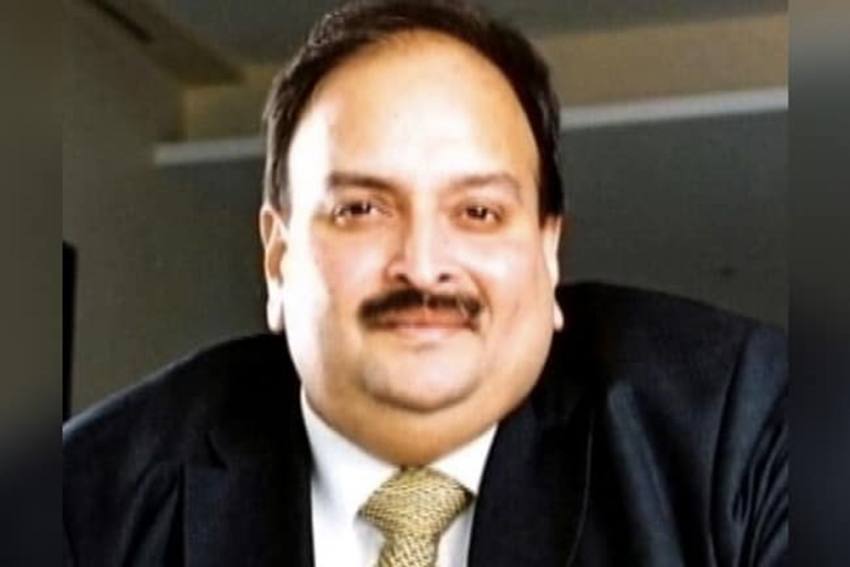 The CBI in its supplementary charge in the PNB scam case has said that absconding businessman Mehul Choksi siphoned off over Rs 6,345 crore borrowed from Punjab National Bank through companies propped up by him in Hong Kong.

The CBI has alleged that Choksi made his employees directors of Shanyao Gong Si Limited and 4C's Diamond Distributors and Crown Aim, based in Hong Kong, and was controlling them.

The businessman had availed LOUs and FLCs worth over Rs 6,345 crore from Punjab National Bank showing purchase of fresh water pearls from these companies.

It said Choksi was a director in Gitanjali Gems as well as Aston Luxury, Hong Kong.

Giving details of modus operandi, the CBI alleged that Indian companies of Choksi -- Gitanjali, Gili and Nakshatra -- sent pearl ornaments to Hong Kong where they were dismantled and extracted pearls were sent back to them by Shanyao Gong Si, 4C's Diamond Distributors and Crown Aim.

Choksi availed LOCs and FLC to purchase pearls from Hong Kong-based companies whose bills were discounted by foreign lending banks on the basis of PNB guarantees.

The PNB officials at the bank's Brady House branch in Mumbai issued 165 letters of undertaking (LoUs) and 58 foreign letters of credit (FLCs) during March-April 2017, against which 311 bills were discounted by Hong Kong-based companies.

These LoUs and FLCs were allegedly issued to Choksi's firms without any sanctioned limit or cash margin and without making entries in the bank's central banking system to evade any scrutiny in case of a default.

LoUs are a guarantee given by a bank on behalf of its client to a foreign bank. If the client does not repay to the foreign bank, the liability falls on the guarantor bank.

"Since the accused companies did not repay the amount availed against the said fraudulent LoUs and FLCs, PNB made the payment of Rs 6,344.97 crore (USD 965.18 million), including the overdue interest, to the overseas banks, which had advanced buyer's credit and discounted the bills against the fraudulent LoUs and FLCs issued by the PNB," the supplementary charge sheet alleges.

The findings were submitted by the CBI in its supplementary charge sheet filed before a special court in Mumbai last week, where it alleged that PNB was conned by its employees who were hand in glove with Choksi and his company executives and who facilitated the scam as part of a criminal conspiracy.

Choksi's lawyer Vijay Aggarwal said, "This supplementary charge sheet after three years shows that it is only an attempt to cover up anomalies that the defence had pointed out in the first charge sheet. Moreover, the addition of section 201, IPC for destruction of evidence is not legally tenable as a document becomes evidence only after its filing in the court and the allegations are of a period much prior to the FIR."

The CBI has found that the accused companies availed 142 buyer's credit amounting to Rs 3,011.38 crore and did not make payments on the due date "wilfully", causing loss to the bank and corresponding profits to themselves.

It is alleged that Choksi and his nephew Nirav Modi used the mechanism to get credit from foreign banks, which was not repaid, bringing the liability of over Rs 13,000 crore on PNB.