With this recovery, Gariaband police have so far seized 573 pieces of rough diamonds worth Rs 74.60 lakh. 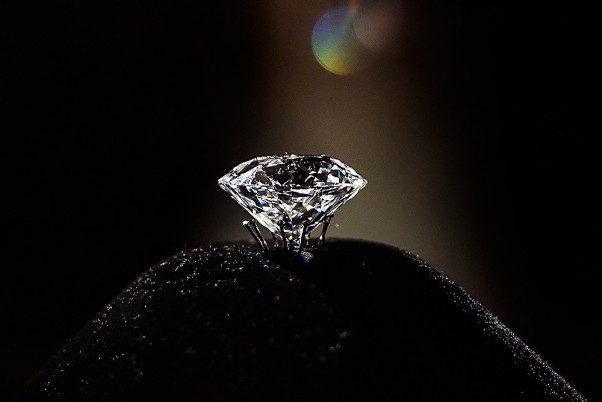 In Chhattisgarh's Gariaband district, a 62-year-old man was held for allegedly smuggling rough diamonds worth over Rs 22 lakh, a police official revealed on Wednesday.

The official also said that as many as 221 pieces of rough diamonds were seized from the man.

The accused was acting on a tip-off, and is identified as Arvind Pradhan, a native of Pithora area in neighbouring Mahasamund district. He was apprehended near Mongra village under Chhura police station area on Tuesday, Gariaband Superintendent of Police Bhojram Patel told PTI.

On getting information about a man heading towards Mahasamund from Payalikhand, a diamond-rich belt in Gariaband, with a huge quantity of rough diamonds, a team of police swung into action, he said.

"The police team intercepted him and recovered 221 pieces of rough diamonds of different sizes worth around Rs 22.10 lakh kept in an envelope, from his possession," Patel said, adding that his motorcycle was also seized.

Prima facie, it seems that he had illegally brought the diamonds from Payalikhand area, located around 200 km away from the capital Raipur, and planned to sell it, the SP said.

A case has been registered against that accused and further investigation is underway, he said.

With this recovery, Gariaband police have so far seized 573 pieces of rough diamonds worth Rs 74.60 lakh in five cases in the district during the last one year, he added.