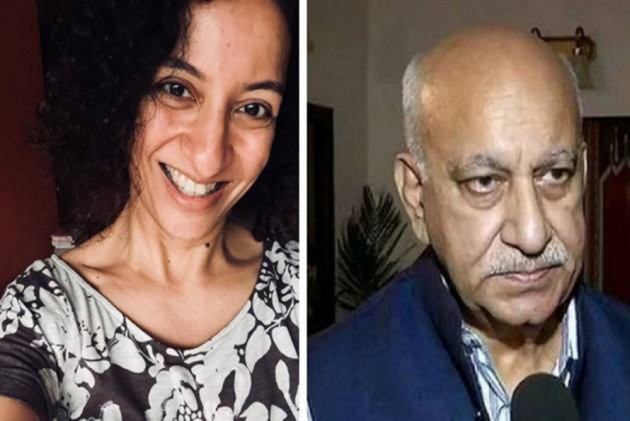 A Delhi court will resume the final hearing of a criminal defamation complaint filed by former Union minister MJ Akbar against journalist Priya Ramani for allegedly defaming him by accusing him of sexual misconduct.

Ramani had said that her allegations of sexual misconduct against Akbar, made in the wake of #MeToo movement in 2018, were absolutely true. On December 10, Ramani told court, "I have spoken my truth. I have said it in good faith and my truth refers to a question of good faith."
Recently-appointed additional chief metropolitan magistrate Ravindra Kumar Pandey will resume the hearing of the case on Monday. Since a new judge has taken over, parties are making fresh final submissions.

During a previous hearing, Ramani disputed Akbar's claims of having a stellar reputation "that had been tarnished by her allegation". Akbar had filed the criminal defamation complaint against Ramani on October 15, 2018. He then resigned as Union minister on October 17, 2018.
He had earlier told court that Ramani defamed him by addressing him with adjectives such as "media's biggest predator" thus harming his reputation.

Akbar has denied all allegations of sexual harassment against the women who came forward during #MeToo campaign accusing him of misconduct. Over 20 women narrated accounts of alleged sexual harassment by Akbar while they were working as journalists under him.
Akbar termed the allegations "false, fabricated and deeply distressing" and said that he would take appropriate legal action against them.