Ramani Called Me Predator Without Any Basis, Akbar Tells Court During Hearing

Journalist Priya Ramani had made allegation of sexual misconduct against Akbar in the wake of #MeToo movement in 2018. 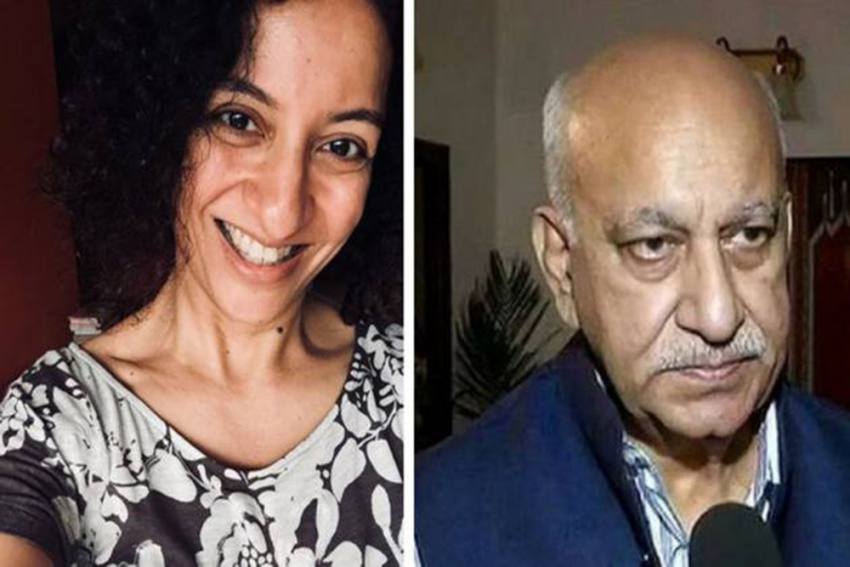 Akbar made the submission through senior advocate Geeta Luthra during the final hearing in a criminal defamation complaint filed by him against Ramani for allegedly defaming him by accusing him of sexual misconduct 20 years back.

Ramani had made allegation of sexual misconduct against Akbar in the wake of #MeToo movement in 2018.

“If we look at what has been said, a conclusion is drawn that this is a predator. On what basis? All these averments (in the article) are based without any investigation or basis,” she submitted before Additional Chief Metropolitan Magistrate Ravindra Kumar.

“This had further tweets. In my (Akbar) cross examination I asked if this was not correct. He resigned later is wholly immaterial. This shows malafide, maliciousness.

“This is trial outside the court. Due process is in a court of law. One cannot become law onto oneself. This (the tweet) was incorrect,” she said.

The senior advocate further accused Ramani of not telling the truth before the court.

“She says her defense is truth but she knows it is not the truth. Only in cross examination she says it was not the truth. It shows her credibility as a witness,” Luthra said.

She further said, “Can people repeat something incorrect? Repeating of lies by 10 persons doesn't become the truth. Being a journalist, she could have independently verified. This is how responsible journalism works.”

The court will further resume the hearing on January 7.

Akbar had filed the criminal defamation complaint against Ramani in October 15, 2018.

Akbar had earlier told the court that Ramani had defamed him by calling him with adjectives such as 'media's biggest predator' that harmed his reputation.

He has denied all the allegations of sexual harassment against the women who came forward during #MeToo campaign against him.

Over 20 women came up with accounts of the alleged sexual harassment by Akbar while they were working as journalists under him.

He termed the allegations “false, fabricated and deeply distressing” and said he was taking appropriate legal action against them.