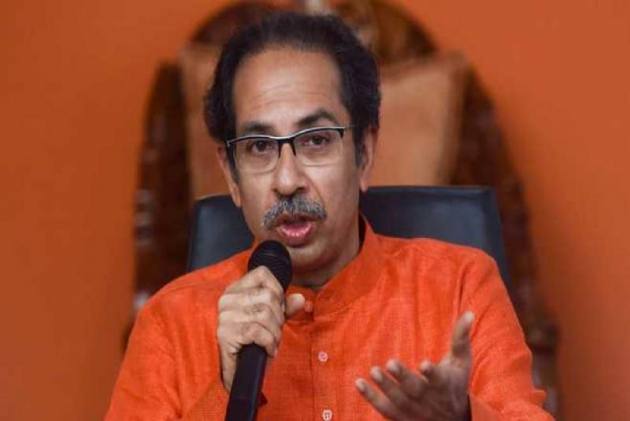 Maharashtra Chief Minister Uddhav Thackeray on Sunday said he is open for a resolution of the Kanjurmarg Metro car shed land row in Mumbai through dialogue with the Centre and asserted it is not an "ego issue" for him.

Addressing people of Maharashtra through a live webcast, Thackeray also said that wearing masks will be mandatory for the next six months in the state in view of Covid-19, and asked people to be careful during the New Year celebrations.

Speaking on the Kanjurmarg car shed land dispute, he lamented that the central government moved court against the state over the issue.

Everything You Need to Know About the Aarey Colony Protest

He also invited the opposition BJP in the state to sit across the table and resolve issues in public interest.

"Derailing each other's projects would serve no purpose...the Kanjurmarg car shed land dispute is not in the interest of citizens. I am ready to give credit to the opposition for the project...this is not an ego issue for me, as being described," he said.

"We have all documents to prove that the land belongs to the state government. If there is a controversy over the ownership of land, the issue can be resolved through dialogue," Thackeray said.

"Should the land be allowed to go because of ownership issues and should it be given to builders?" he asked.

Referring to the criticism from BJP leaders, he said, "The issue on Kanjurmarg land is not about my ego and it shouldn't be about yours too."

It also restrained the authorities from carrying out any construction work at the said land.

The Centre and the Shiv Sena-led Maharashtra government are locked in a tussle over ownership of the land earmarked by the state for constructing the car shed depot which was earlier planned at Aarey Colony, a green belt here.

The previous BJP-led state government had decided to construct the car shed for Metro line 3 (Colaba-Bandra-SEEPZ) at Aarey Colony, despite opposition from environmentalists and activists to the vast tree-cutting for the project.

The present MVA government -- comprising the Shiv Sena, NCP and Congress -- recently took a decision to shift the car shed from the Aarey Colony to Kanjurmarg.

Thackeray said Aarey car shed spread over 30 hectares was just for Metro line 3, while the 40-hectare Kanjurmarg land would be used for the car shed for Metro lines 3, 4 ((WadalaGhatkopar-MulundTeen Hath NakaKasarvadavali) and 6 (Lokhandwala-Jogeshwari-Kanjurmarg).

It will also be a junction for Metro line 14, which will go up to Ambernath and Badlapur (in neighbouring Thane), Thackeray said justifying the choice of land at Kanjurmarg for the Metro car shed.

He said by shifting the car shed from Aarey Colony, the state saved a forest and environment.

"The Aarey site for Metro Line 3 car shed was scrapped as more land would have been required in future at the cost of forest," he said, adding the Kanjurmarg site will serve for 50 to 100 years.

Development should be long-lasting, there should not be haste in development, he added.

Thackeray said despite opposition, the "costliest" land in the Bandra-Kurla Complex (BKC) here was given for the central government''s bullet train project.

"We did not create obstruction. If you create problems in Kanjurmarg and we do in the BKC, creating problems in each others' projects will serve no purpose," he said.

Referring to the Covid-19 pandemic, Thackeray said prevention is better than cure.

"Wearing of mask at public places should be made a habit for another six months at least," he said.

He said experts are in favour of imposing night curfew or another lockdown, but he is not in favour of these steps.

The coronavirus situation in the state is under control, though not completely, Thackeray said.

Appealing to people to be careful during the New Year celebrations, the CM said the discovery of a new strain of the virus in Europe has resulted in lockdown in several countries as there was no other option.

Those who don't follow the safety protocol should know they are putting lives of others, who are abiding by rules, at risk, he said.

The chief minister said even though life is slowly limping back to normalcy in the state, reopening of schools has been a problem.

Hitting out at the BJP for calling him egoistic, he said he "had ego for the welfare of Mumbai and Maharashtra".

"Governments come and go, but development is for people and their future generations," he said.

Thackeray also said his government has been utmost transparent in releasing statistics regarding Covid-19 positive cases and deaths due to the disease.