MHA (Ministry of Home Affairs) official said that with the restoration of the FCRA licence, the Kolkata-based famed organisation ‘Missionaries Of Charity’will be able to receive foreign funds, and can also spend the money lying in the banks. 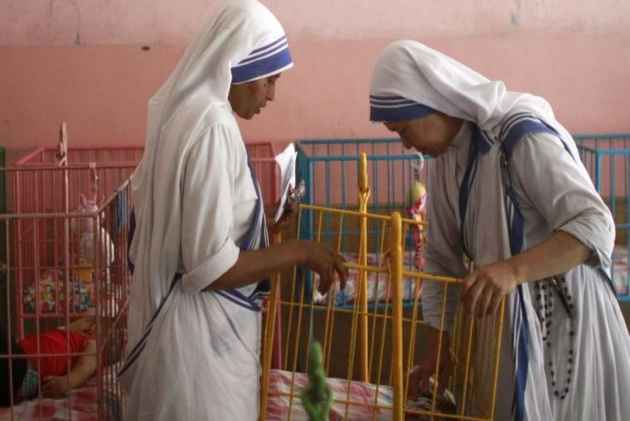 The Union Home Ministry has restored the Foreign Contribution Regulation Act (FCRA) registration of the Missionaries of Charity, days after revoking it following some "adverse inputs".

A home ministry official said that with the restoration of the FCRA licence, the Kolkata-based famed organisation will be able to receive foreign fundings and can also spend the money lying in the banks.

The Missionaries of Charity (MoC) is a Catholic religious congregation established in 1950 by Nobel laureate Mother Teresa to help the poor and destitute,

The Missionaries of Charity did not officially comment on the report when asked about it, but a top official, who requested anonymity, confirmed to PTI that the MHA indeed restored FCRA licence from January 7 and "we are happy with the development".

"Our service for the poor and distressed continued with the help of our donors and well-wishers in the country when the FCRA registration was not renewed. In the early parts of new year the news comes as a relief, no doubt," the official told PTI in Kolkata.

On December 27, the home ministry had said that it cancelled the FCRA licence of Missionaries of Charity after receiving some "adverse inputs".

It also said that it did not freeze any account of the Missionaries of Charity but the State Bank of India informed it that the NGO itself sent a request to the bank to freeze its accounts.

After the matter became public, the Opposition, including West Bengal Chief Minister Mamata Banerjee and the Congress, slammed the government for the alleged "freezing" of the MoC's bank accounts.

Following the home ministry action, Odisha Chief Minister Naveen Patnaik had directed to all District Collectors to ensure that no unit of the Missionaries of Charity, operating in the state, should face any financial crisis and if necessary use the chief minister's relief fund to help them.

Patnaik had also released over Rs 78 lakh to the Missionaries of Charity to run over a dozen institutes in the state.

TMC MP Derek O'Brien took a swipe at Prime Minister Narendra Modi on Saturday after the government restored the FCRA registration of the Mother Teresa-founded Missionaries of Charities.

The Ministry of Home Affairs (MHA) restored the registration on January 7, just days after it issued a statement that the licence was not renewed as “some adverse inputs were noticed”.

Tagging a screenshot of the list of FCRA-registered associations, O'Brien tweeted, "The FCRA registration for Mother Teresa's Missionaries of Charity is back. The 'adverse inputs' harassed so many and then disappeared in two weeks."

"The POWER OF LOVE is stronger than the power of 56 inch," he added, taking a swipe at Prime Minister Modi.