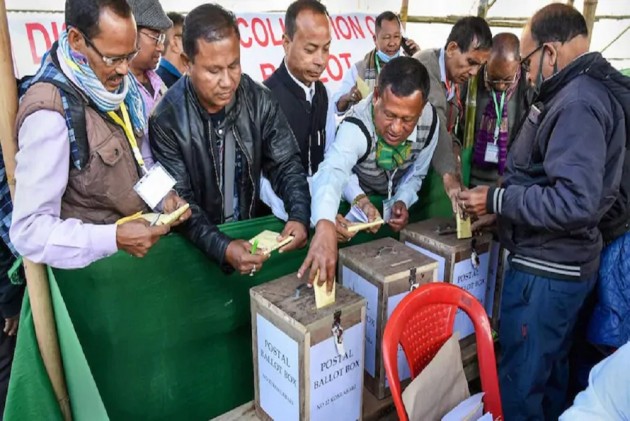 Hours after the BJP dumped its ally, the Bodoland People's Front (BPF) in the Bodoland Territorial Council, to join hands with its rival United People's Party Liberal (UPPL), the three BPF ministers on Sunday skipped the cabinet meet, chaired by Chief Minister Sarbananda Sonowal, without any intimation.

“The three BPF ministers were absent. We do not know why they did not attend the Cabinet meeting," parliamentary affairs minister Chandra Mohan Patowary told reporters outside the Chief Minister’s residence, where the cabinet meet took place.

The government will "try to know" why the trio were absent in the crucial cabinet meeting, which approved a proposal to close down all government-run madrassas and Sanskrit tols in the state, he added.

“The name plates of the three ministers were there in their respective seats. They did not inform us about their absence," said Patowary, who is also the spokesperson for the Assam government.

The results of the 40-member Bodoland Territorial Council (BTC) gave a fractured mandate with BPF becoming the single largest party with 17 seats.

The UPPL has won 12 and the BJP nine, while the Gana Suraksha Party (GSP) and Congress have bagged one seat each.

The BJP ditched its alliance partner BPF and allied with UPPL and GSP to jointly form the next BTC, Assam Chief Minister Sarbananda Sonowal said during the day in the presence of all the leaders from the two new parties.

The BJP and BPF contested the BTC elections separately and both the parties were engaged in a bitter campaign with the usage of many unparliamentary words by the leaders of the two forces.

The BJP is running its first state government in Assam in alliance with the BPF and Asom Gana Parishad (AGP).

The BJP, which does not have a majority, is the single largest party with currently 60 MLAs in the 126-member Assam Assembly, BPF and AGP have 14 and 12 lawmakers respectively.

Polls in Assam are due in April-May next year.