"A MIG 27 aircraft airborne from Jaisalmer crashed during a routine mission today evening. Pilot ejected safely. A Court of Inquiry will investigate the cause of the accident," Ghosh said. 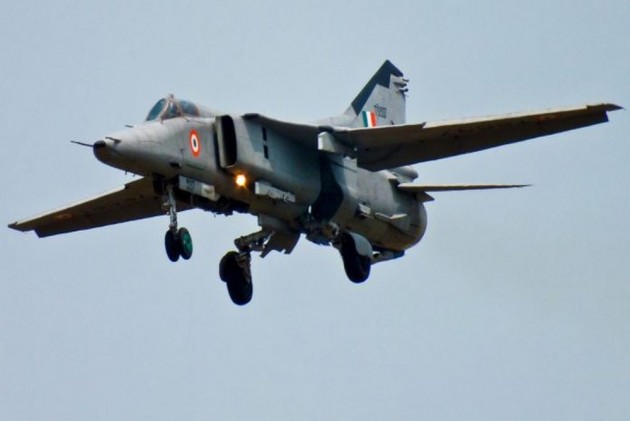 "A MIG 27 aircraft airborne from Jaisalmer crashed during a routine mission today evening. Pilot ejected safely. A Court of Inquiry will investigate the cause of the accident," Ghosh said.

Jaisalmer SP Kiran Kang said no casualty has been reported so far, and a police team is in touch with Air Force officials.

She said a police team rushed to the spot.

There have been several such instances of aircraft crashes recently. On February 5, two pilots were killed after their Mirage fighter aircraft crashed during takeoff at the Hindustan Aeronautics Limited (HAL) airport in Bengaluru.

A Jaguar aircraft of the Indian Air Force crashed on January 28 in Uttar Pradesh's Kushinagar district soon after taking off on a routine mission from Gorakhpur. The pilot of the aircraft had ejected safely.

In another such incident, a trainee aircraft of Carver aviation (pilot training institute) crashed near Indapur, Pune in Maharashtra.

(PTI and other agency inputs)