Migrant Labourers Are Apprehensive Of Another Bout Of Lockdown

WIth the country plunged into the third wave, migrant workers are worried that there could be a replay of the lockdown episodes of the previous years. 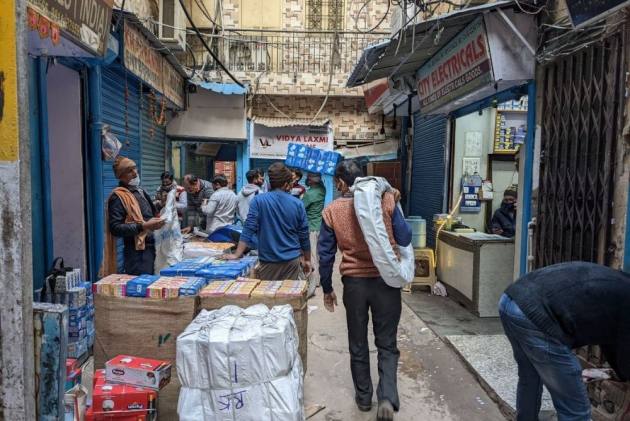 Wednesday afternoon - it is the third consecutive workday for Satya Prakash a labourer at Sadar Bazar Market. Prakash is worried about what might happen if a lockdown is announced.

What will he do, as he has no savings to survive, “Everyone is saying the third wave is here. Government will announce a lockdown. This will affect our work. Our life. We are afraid.” Prakash has three kids and Covid-19 has slashed his income up to 50 per cent – from Rs 700 - Rs1,000 a day to just Rs 500 a day.

“Labourers don’t get consistent income. And we all live on rents, and also the school fee of kids make our life tough. The 2020 lockdown still haunts us, we spent days on savings, even borrowed money. Thinking about it again makes us shudder,” said Prakash. 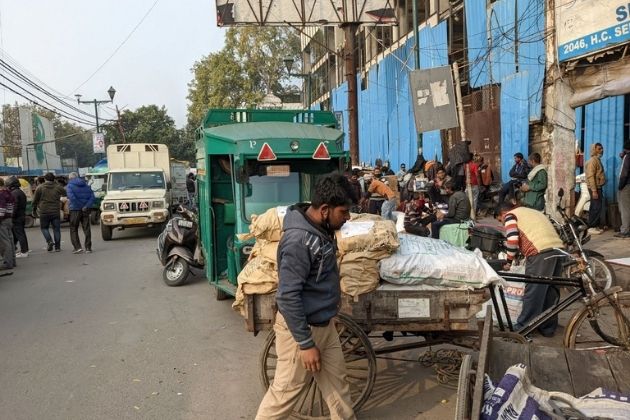 Prakash has a token issued by shoppers to work, and he doesn’t depend on any contractor for work. “I am in touch with shopkeepers but despite that, I earned only Rs 200 today till 2:00 pm. What if I get sick?” he asks. “Our work is for the whole day; we can’t take a break or leave.”

India is in third wave, as active cases are around 10 lakhs. Positivity rate reached 11.05 per cent on 12 January from 1.1 per cent on December 30. The palpable fear is now visible among daily wage labourers, that life may come to a standstill again. They now contemplate a lockdown – a repetition of the horror.

On March 23, 2020 when Prime Minister Narendra Modi announced a lockdown, one of the biggest humanitarian crises ensued. Migrant labourers in cities started to march back home due to paucity of means to survive.

As per Union Labour and Employment Ministry data, over 1.14 crore inter-state migrant workers retunred home during the lockdown, which activists called were an under-representation of scale of the crisis. 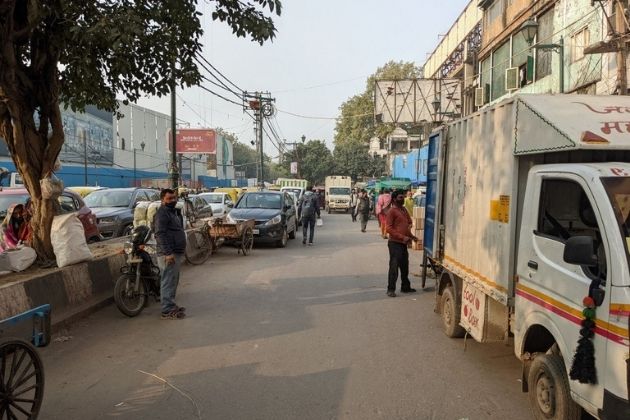 In less than a year, the second wave hit. Again, labourers found them in a similar situation. Their wages decreased; savings depleted. A question of survival hounded them. Many therefore migrated back home. A report by Stranded Workers Action Network (SWAN) found during the second wave that the median wage of the labourers went down to Rs318 out of 1210 labourers that they interviewed.

Now, with the third wave a fear of another lockdown has spread among labourers. Ramniwas Dhanka, a labour contractor from Rajasthan told Outlook, “Merchant comes from across India and one merchant can provide employment to hundreds of labourers. Now merchants are avoiding coming to Delhi due to Covid cases. Same thing happened last year. However, many are still coming as there is no restriction on transport yet. But fear is there.”

Out of 15 labourers, who curently work under Dhanka, three have gone back home. “some laborers who frequently go home have gone like what happened in the first and second wave. Also, wages are going down because we are not getting enough work.”

However, neither the union government,  nor the state has announced any relief so far. In May last year, the Supreme Court took suo motu cognizance of the migrant labour crisis. It found that delay in implementation of the “One Nation One Card” scheme is depriving millions of migrant labors to access ration. SC also found “apathy and lackadaisical attitude” in the government's attitude towards creating a national database for unorganized workers. 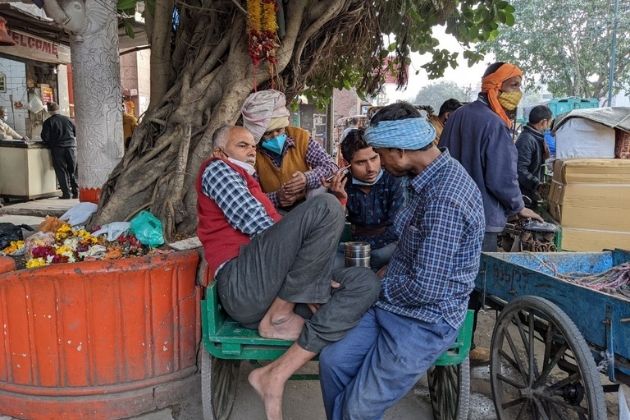 After the Supreme Court’s push, the labour ministry released a central database on migrant laborers on the e-shram portal. Official data suggests that 21 unorganized workers have registered on this portal.

Still, many state governments don’t have the state level data on migration, and workers employed within the state. That again makes workers very vulnerable to crises like these. Because it is the state government’s responsibility that migrant labourers don’t suffer. A report on migrant workers in India by the International Labour Organization says, “The interface between migrant workers and public systems and services can be established only if there are reliable databases at all levels of governance.”