The recent Mihir Bhoj statue row has further widened the differences between Gurjars and Rajput communities. 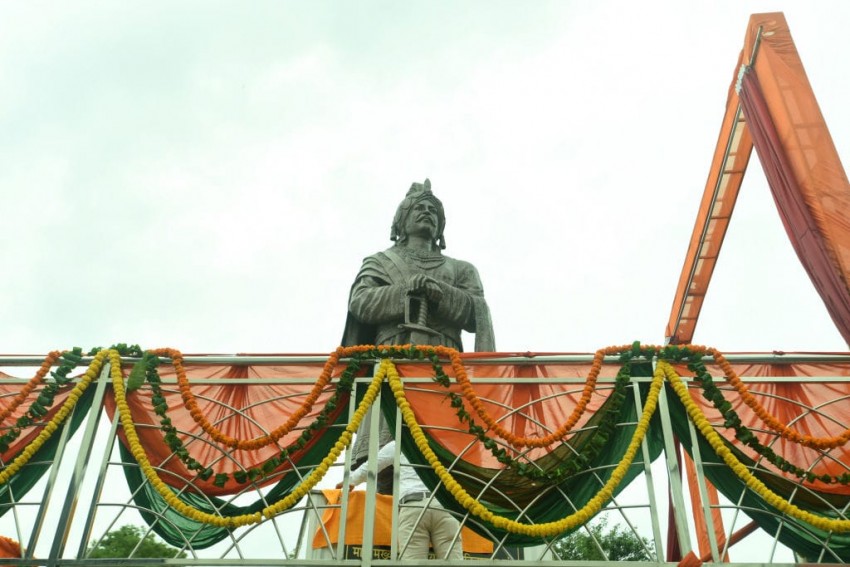 The controversy over the removal of the Gurjar word from the plaque of emperor Mihir Bhoj statue seems to be snowballing as Gurjar leaders have accused that it was done on the instruction of UP CM Yogi Aditaynath and BJP leaders. They have alleged that CM Yogi got it done under pressure from the Rajput community.

The dispute started on September 22 when Yogi came to Dadri in Greater Noida to inaugurate a statue of 9th-century emperor Mihir Bhoj in a college, run by the Gurjar community.

However, just a few hours before the CM reached the venue, the Gurjar word from the plaque, which earlier read 'Gurjar Pratihar Samrat Mihir Bhoj ' was blackened and made invisible. The leaders say that they are extremely disappointed due to the occurrence of this episode.

Gujjar Vs Rajput: Has BJP’s Masterstroke Resulted In A Self-Goal In Uttar Pradesh?

A day later, on September 23, BJP leader and former MP Surendra Singh Nagar’s picture with the statue was circulated on social media in which Gurjar word had resurfaced on the plaque once again.

Angry with CM, some people also blackened the name of the CM from the nameplate later for which the local police has lodged an FIR.

After the September 22 incident, over 150 Gurjar leaders from various states came together to form Rashtriya Gurjar Swabhiman Samiti to decide the next course of action. These leaders are meeting at Greater Noida on October 2.

Baba Antram Tanwar, one of the office-bearers of Samiti, has accused the CM of playing in the hands of the Rajput community.

“Had the CM Yogi refused to inaugurate it, it would have been better than the insult and humiliation that he has caused to us. Both the BJP and the CM has soiled our dignity,” Tanwar said.

He added, “Our invitation card to the CM clearly read that the statue to be inaugurated was of Gurjar Pratihar Samrat Mihir Bhoj. The organisers of the event discussed with the CM several times and apprised him about the function. But the CM didn’t have any objection.”

Tanwar says that when the CM reached Noida and when pressure was mounted on him by the Rajput community to remove the word Gurjar from the plaque, the CM asked two politicians close to him to get the word blackened.

“How is it possible that amidst so much of security, some unauthorised person could apply black ink on Gurjar word only?” Nagar questioned.

Asked who cleaned the ink later and also blackened the CM’s name, Nagar said that the Samiti will enquire all these things from Gurjar leaders who were there at the event.

Anuraag Gurjar, the national president of Akhil Bhartiya Veer Gurjar Mahasabha, has also said that the community is extremely disappointed with the turn of events.

“The newly formed Samiti will chalk out the new plan of action. Whatever all the leaders decide, members of the Gurjar community will follow that,” Anuraag Gurjar said.

Anurag has also clarified that Gurjar, Gujjar and Goojar are spelt differently but all three terms represent his community.

He added, “We have provided every evidence to prove that the 9th-century king Mihir Bhoj was a Gurjar leader and Rajput community came into existence only after 13th century. But Rajputs don’t want to withdraw its claim on Mihir Bhoj.”

The two communities have been engaged in a stiff war of words for the past few years on the question of the ancestry of many historical leaders including Mihir Bhoj. The Rajput community alleges that Gurjars are appropriating Rajput historical figures. While Gurjars say that the Rajput community has born out of Gurjars after13th century.

The recent Mihir Bhoj statue row has further widened the differences between the two communities.