Militant Attacks On BJP Leaders In Kashmir Trigger Fear Among Workers, Many Resign

The BJP has asked its workers not to step out of their homes without security clearance and demanded that at each district headquarters in Kashmir, one building should be reserved for its leaders and workers with proper security arrangements. 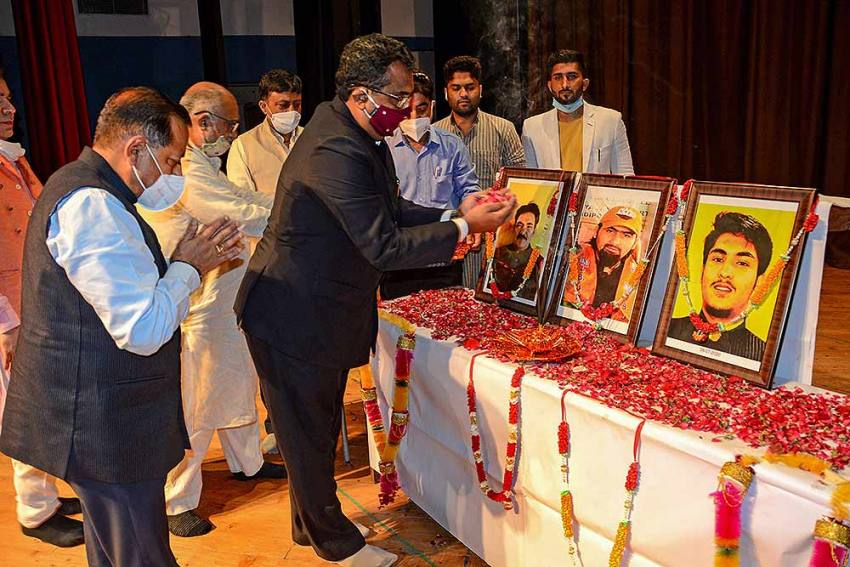 The attack on a BJP worker in Jammu and Kashmir’s Budgam district on Sunday has triggered fear among party’s Valley unit while several activists have ended their association with the party. To ensure their safety, the BJP has asked its leaders in the Valley not to leave their houses without security clearance.

Suspected militants shot at Abdul Hamid Najar, a BJP worker in Budgam, on Sunday. He succumbed on Monday at a hospital in Srinagar. Najar was the OBC Morcha district president of the party for Budgam.

Najar’s killing is the third attack on BJP leaders in the past five days. On Thursday, sarpanch Sajjad Ahmad was killed in South Kashmir’s Qazigund area outside his residence. Another BJP sarpanch Arif Ahmad Shah was also critically wounded in the attack by militants in Kulgam district.

“First there were the killings of the BJP workers in north Kashmir, then south Kashmir, and now central Kashmir’s Budgam. It looks like militants are working under a set pattern,” said an official, pleading anonymity.

With the attack on its party members, the fear among BJP leaders in Kashmir is palpable. After Najar’s killing, the BJP on Monday asked for safe accommodation for its workers and leaders at the district headquarters. The BJP has asked its leaders not to step out from their safe houses without security clearance.

Altaf Thakur, spokesperson for BJP’s Jammu and Kashmir unit, termed the killing of Najar as “inhuman and barbaric”. He appealed police to nab Najar’s killers and work out a security plan for the BJP leaders and workers as suggested by the BJP’s top leadership.

Thakur said the police top brass should work out a security model for BJP leaders, workers, and activists across Kashmir as per the suggestion by the BJP top leaders.

He demanded that at each district headquarters, one building should be reserved for BJP leaders and its workers where all security arrangements should be kept in place.

"The safe accommodation at district headquarters should have accommodation for at least 50 to 60 people. They should be provided with food and other basic facilities there as well," Thakur demanded.

In a diktat to its cadre, Thakur stressed that no BJP leader should venture out without security clearance.

The attacks on BJP leaders have become more frequent since last month when BJP leader Sheikh Waseem Bari; his father, Bashir Ahmad; and his brother, Umer Sultan, were killed outside their residence in north Kashmir's Bandipora area. Though the house of the BJP leader is exactly opposite to a police station, a day later threatening posters, asking the BJP workers to resign, appeared at the same place.