Militant Recruitment In Valley Down As Youth Are ‘Acting Wisely’: J&K Police Chief 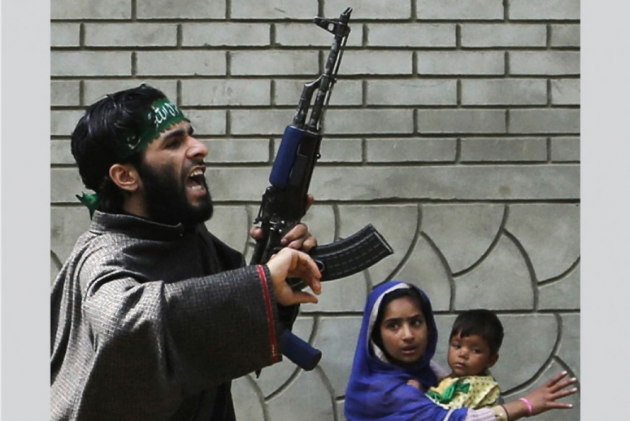 Director General of Jammu and Kashmir Police Police Dilbag Singh has said said militant recruitment in the Valley has come down considerably, as the “youth are acting wisely”.

The police chief said the militant attacks taking place in Kashmir reflect the frustration of pro-Pakistan forces as the top leadership of various militant outfits has been wiped out.

"The local militant recruitment has not increased but reduced considerably as the youth are acting wisely. We want the youth to focus on their life and career and to not indulge in any irresponsible activity," Singh told reporters.

Asked about the militant attacks taking place in Kashmir despite security forces claiming that there has been a decline in violence in the region, he said, "Both police and security forces make claims based on facts and figures which are the result of successful counter-terrorism operations. The number of terrorists has decreased. The terrorist structure has been destroyed. Their leadership has been wiped out."

The attacks are a result of the frustration of pro-Pakistan forces, he said.

“Not only will they be given exemplary punishment here, but they will also be punished in the afterlife,” he added.

"We want peace to prevail so that people can live in a peaceful atmosphere and we will work towards that," Singh said.

He claimed that the overall situation in Kashmir is more peaceful compared to the previous years. The enemies of peace are not happy about it.

The number of overground workers (OGWs) in the Valley has halved compared to the previous years and no local militant is active in Kupwara, Baramulla and Sopore, he said.

"Barring Sopore and Sumbal areas of Bandipora district, no militant is active in north Kashmir," the DGP said. (With PTI inputs)