On Monday, Rahul Gandhi had said his party would ensure minimum income guarantee for every poor in the country if it returns to power after the Lok Sabha polls due in April-May. 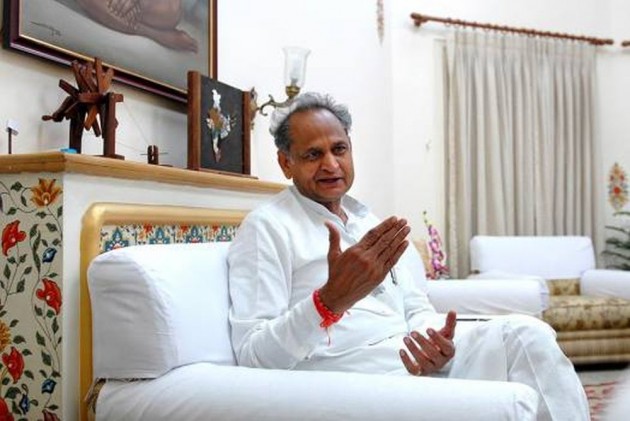 Rajasthan Chief Minister Ashok Gehlot on Wednesday said if the minimum income guarantee, as announced by Congress president Rahul Gandhi earlier this week, is implemented, it will bring a revolution in the country.

On Monday, Gandhi had said his party would ensure minimum income guarantee for every poor in the country if it returns to power after the Lok Sabha polls due in April-May.

"The government should give the guarantee of minimum income. If this is done, it will be a revolution," Gehlot told reporters here.

Rahul's Gandhi's Minimum Income Guarantee Promise Is Not Meant To Be Implemented: BJP

No one will be hungry and an individual will be able to fulfil his needs if he will get a minimum income, he said.

Gehlot said the Rajasthan government would examine the initiative. He also called upon the governments of other states, irrespective of their political affiliation, and the Centre to look into it.

He said the UPA brought the Right to Information Act, Mahatma Gandhi National Rural Employment Guarantee Act, Right to Education Act and National Food Security Act when people thought that such things were not possible.

"They can say anything. It is their habit and we do not take them seriously," he said.